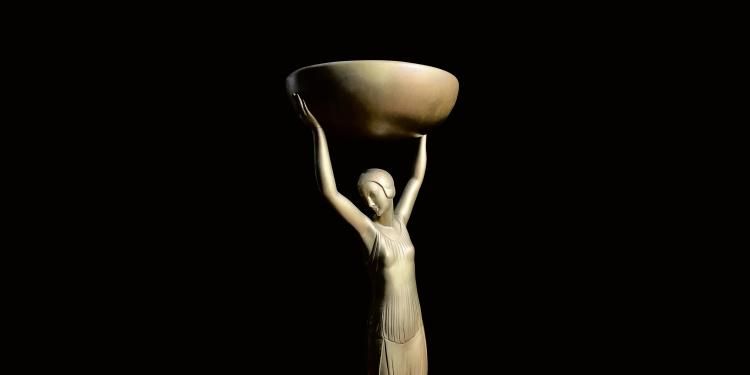 From Margaret Atwood to Kazuo Ishiguro, the Booker Prize has been celebrating and rewarding the best writers of long-form fiction in the English language since 1969. Here is a definitive list of the winning and shortlisted authors and their novels, since the prize’s inception

The Booker Prize is the world’s leading literary award for a single work of fiction. Founded in the UK in 1969, it initially rewarded Commonwealth writers and now spans the globe: it is open to anyone regardless of origin.

Each year, the prize is awarded to what is, in the opinion of our judges, the best sustained work of fiction written in English and published in the UK and Ireland. Find out more about the prize’s origins here.

The winning book is a work that not only speaks to our current times, but also one that will endure and join the pantheon of great literature.

The winner of the inaugural prize was P.H Newby in 1969, with his novel Something To Answer For. Since then, some of the world’s most acclaimed and celebrated writers have won the prize with an array of remarkable fiction, including V.S. Naipaul, Iris Murdoch, William Golding, Margaret Atwood, Salman Rushdie, Bernardine Evaristo and Hilary Mantel, to name but a few. You can discover more authors and novels in the Booker Library, here.

The winner of the Prize now receives £50,000, with £2,500 awarded to each of the shortlisted authors. Most recently, Shehan Karunatilaka won the Booker Prize 2022 for The Seven Moons of Maali Almeida.

In July 2023, the next ‘Booker Dozen’ of 12 or 13 books will be announced, with the shortlist of six books to follow in September. The winner of the Booker Prize 2023 will be announced in Autumn 2023.

Something to Answer For by P. H. Newby (Faber & Faber)

Figures in a Landscape by Barry England (Jonathan Cape)

The Nice and the Good by Iris Murdoch (Chatto & Windus)

From Scenes Like These by Gordon Williams (Secker & Warburg)

In a Free State by V. S. Naipaul (Deutsch)

Briefing for a Descent into Hell by Doris Lessing (Jonathan Cape)

Mrs. Palfrey at the Claremont by Elizabeth Taylor (Chatto & Windus)

The Bird of Night by Susan Hill (Hamish Hamilton)

The Chant of Jimmie Blacksmith by Thomas Keneally (Angus & Robertson)

The Siege of Krishnapur by J. G. Farrell (Weidenfeld & Nicolson)

The Dressmaker by Beryl Bainbridge (Duckworth)

In Their Wisdom by C. P. Snow (Macmillan)

Gossip from the Forest by Thomas Keneally (Collins)

An Instant in the Wind by André Brink (W. H. Allen)

The Children of Dynmouth by William Trevor (Bodley Head)

Staying On by Paul Scott (Heinemann)

Shadows on our Skin by Jennifer Johnston (Hamish Hamilton)

The Road to Lichfield by Penelope Lively (Heinemann)

The Sea, the Sea by Iris Murdoch (Chatto & Windus)

The Bookshop by Penelope Fitzgerald (Duckworth)

God on the Rocks by Jane Gardam (Hamish Hamilton)

A Bend in the River by V. S. Naipaul (Deutsch)

No Country for Young Men by Julia O’Faolain (Viking)

A Month in the Country by J. L. Carr

The Comfort of Strangers by Ian McEwan (Jonathan Cape)

Silence Among the Weapons by John Arden (Methuen)

Empire of the Sun by J. G. Ballard (Gollancz)

In Custody by Anita Desai (Heinemann)

According to Mark by Penelope Lively (Heinemann)

The Battle of Pollocks Crossing by J. L. Carr (Viking)

Last Letters from Hav by Jan Morris (Viking)

What’s Bred in the Bone by Robertson Davies (Viking)

An Artist of the Floating World by Kazuo Ishiguro (Faber & Faber)

Anthills of the Savannah by Chinua Achebe (Heinemann)

The Colour of Blood by Brian Moore (Jonathan Cape)

The Book and the Brotherhood by Iris Murdoch (Chatto & Windus)

The Beginning of Spring by Penelope Fitzgerald (Collins)

The Remains of the Day by Kazuo Ishiguro (Faber & Faber)

The Book of Evidence by John Banville (Secker & Warburg)

The Gate of Angels by Penelope Fitzgerald (Collins)

Such a Long Journey by Rohinton Mistry (Faber & Faber)

The Redundancy of Courage by Timothy Mo (Chatto & Windus)

Daughters of the House by Michèle Roberts (Virago)

Under the Frog by Tibor Fischer (Polygon)

How late it was, how late by James Kelman (Secker & Warburg)

Beside the Ocean of Time by George Mackay Brown (John Murray)

In Every Face I Meet by Justin Cartwright (Sceptre)

The Riders by Tim Winton (Picador)

Every Man for Himself by Beryl Bainbridge (Duckworth)

Reading in the Dark by Seamus Deane (Jonathan Cape)

The Orchard on Fire by Shena Mackay (Heinemann)

The God of Small Things by Arundhati Roy (Flamingo)

The Essence of the Thing by Madeleine St John (Fourth Estate)

The Industry of Souls by Martin Booth (Dewi Lewis)

The Restraint of Beasts by Magnus Mills (Flamingo)

The Map of Love by Ahdaf Soueif (Bloomsbury)

The Keepers of Truth by Michael Collins (Phoenix House)

When We Were Orphans by Kazuo Ishiguro (Faber & Faber)

The Deposition of Father McGreevy by Brian O’Doherty (Arcadia)

Unless by Carol Shields (Fourth Estate)

The Story of Lucy Gault by William Trevor (Viking)

Notes on a Scandal by Zoë Heller (Viking)

The Line of Beauty by Alan Hollinghurst (Picador)

The Master by Colm Tóibín (Picador)

The Sea by John Banville (Picador)

The Inheritance of Loss by Kiran Desai (Hamish Hamilton)

Carry Me Down by M. J. Hyland (Canongate Books)

In the Country of Men by Hisham Matar (Viking)

The Clothes on Their Backs by Linda Grant (Virago)

A Fraction of the Whole by Steve Toltz (Hamish Hamilton)

The Children’s Book by A. S. Byatt (Chatto and Windus)

Parrot and Olivier in Americar by Peter Carey (Faber & Faber)

In a Strange Room by Damon Galgut (Atlantic Books)

The Sense of an Ending by Julian Barnes (Jonathan Cape)

Bring Up the Bodies by Hilary Mantel (4th Estate)

Swimming Home by Deborah Levy (And Other Stories/Faber & Faber)

Umbrella by Will Self (Bloomsbury)

The Luminaries by Eleanor Catton (Granta)

The Lowland by Jhumpa Lahiri (Bloomsbury)

A Tale for the Time Being by Ruth Ozeki (Canongate Books)

The Testament of Mary by Colm Tóibín (Viking)

To Rise Again at a Decent Hour by Joshua Ferris (Viking)

The Lives of Others by Neel Mukherjee (Jonathan Cape)

How to Be Both by Ali Smith (Hamish Hamilton)

The Fishermen by Chigozie Obioma (One)

The Year of the Runaways by Sunjeev Sahota (Picador)

A Spool of Blue Thread  by Anne Tyler (Chatto & Windus)

All That Man Is by David Szalay (Jonathan Cape)

Do Not Say We Have Nothing by Madeleine Thien (Granta Books)

Lincoln in the Bardo by George Saunders (Bloomsbury)

Everything Under by Daisy Johnson (Jonathan Cape)

An Orchestra of Minorities by Chigozie Obioma (Little, Brown)

No One Is Talking About This by Patricia Lockwood (Bloomsbury)

Small Things Like These by Claire Keegan (Faber & Faber)

Discover the complete list of all the winners of the Booker Prize, going back to 1969

Discover the authors who have won the Booker Prize more than once, and those authors that have had multiple nominations