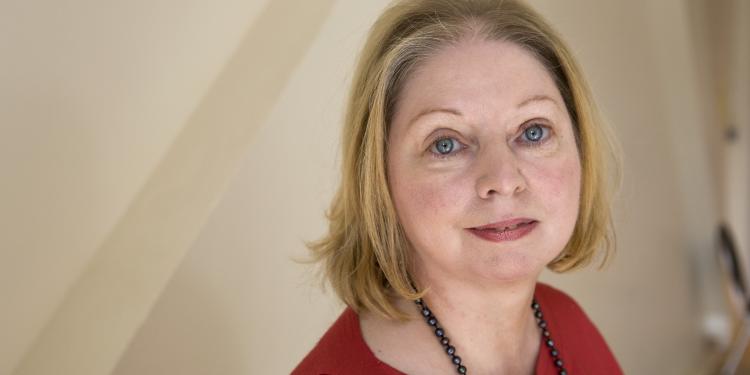 Hilary Mantel was nominated for the Booker Prize four times, winning it twice. Her first win was for Wolf Hall in 2009 and her second win was for Bring Up the Bodies in 2012.

Mantel was a highly-regarded novelist long before winning the Booker but becoming only the third novelist – after J.M. Coetzee and Peter Carey – to scoop it twice raised her profile to stratospheric heights. As a result of becoming a public figure, her comments on the Royal family and Margaret Thatcher sparked much media interest. In a varied writing career, Mantel, who was made a dame in 2014, detailed her serious health issues with endometriosis, ghosts (she once lived in a former mental asylum in Surrey), and the French Revolution, as well as Thomas Cromwell. She married her husband Gerald McEwen twice, in 1973 and 1982. She died in September 2022.

'Her brilliant mind is truly without peer'

‘It’s a horrible shock to learn of Hilary Mantel’s death, and our first and most heartfelt thoughts are with her husband, Gerald McEwen. She was much loved by everyone here at the Booker, a prize she judged long before she was shortlisted for Beyond Black and won with the first two volumes of her Wolf Hall trilogy (the last of which was also nominated).

‘She was indefatigably generous towards other writers. Her incisive praise lives on many a book jacket, drawing readers towards work they might not otherwise have met.

‘In her own work she was surrounded by a staunch team of supporters and collaborators – Gerald, her agent Bill Hamilton, her editor Nicholas Pearson – without whom, it was clear, her books could not exist. And she was moving, with her usual intellectual voraciousness, into a new realm, having spent the best of two decades with Thomas Cromwell.

‘It’s hard to take in the fact that we won’t hear more from her brilliant mind: its mixture of mischief, imagination, scholarship and literary skill is truly without peer – and its influence immeasurable.’

Man Booker winner Hilary Mantel in 2012 after winning for Bring up the Bodies.

Bring Up the Bodies

Bring Up the Bodies

This gripping sequel to Wolf Hall is the second volume of Hilary Mantel’s remarkable trilogy charting the rise and fall of Thomas Cromwell.

Hilary Mantel’s comically sinister tale of wicked spirits and suburban mediums is a masterpiece of dark humour - and even darker secrets.
Prize winner

The Mirror & the Light

Hilary Mantel brings to a triumphant close the superb historical trilogy she began with Wolf Hall and Bring Up the Bodies.

Yann Martel on writing Life of Pi: 'You want a sense that it was written in one breath'

Hilary Mantel reading list: a guide to her Booker nominated titles and other best works

Following the sad and sudden death of Hilary Mantel, historians and fellow Booker Prize winners explain how she brought a fresh perspective to one of England’s best-known periods