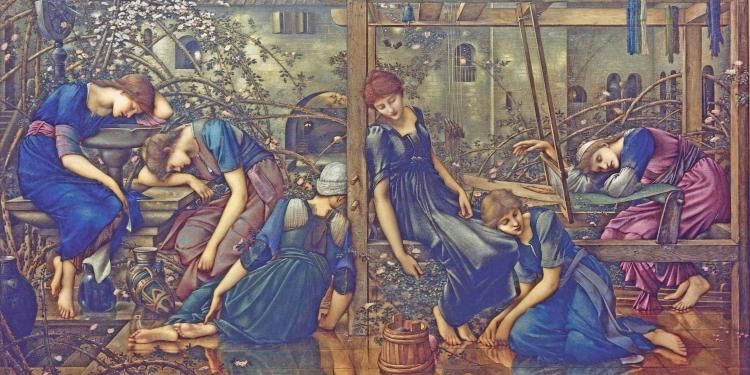 As part of a series in which Booker authors choose their favourite Booker books, Patricia Lockwood takes a look at A.S. Byatt's 1990 winner.

As part of a series in which Booker authors choose their favourite Booker books, Patricia Lockwood takes a look at A.S. Byatt's 1990 winner.

‘Here was something, this idea… that a book could eat its readers and grow fatter over hundreds of years’

Patricia Lockwood, shortlisted for the 2021 Booker Prize with her debut novel No One Is Talking About This, revisits her favourite Booker winner, A.S. Byatt’s Possession, and laments losing her well-read copy of the book.

Ten years ago, I had the misfortune to misplace my childhood copy of Possession, which I must have read more than 30 times in total. I am now referencing one I bought at Barnes & Noble this afternoon, stamped with the words NATIONAL BESTSELLER and distressingly light in my hands – the childhood copy seemed longer, denser, more difficult, as if my own initial wrestling with the text is what I was reading all those years.

The quotations at the beginning, Nathaniel Hawthorne and Robert Browning, never grew less thorny to me. The pages seemed to be steeped a pale green from the deep green cover, like a tea. Shapes wandered through the chapters: Roland as an ambulatory badger, Maud as an obelisk wearing a turban, Randolph Henry Ash as a death-mask on two legs, Christabel LaMotte as a set of teeth floating in a train window. The book contained all those things; after a while, it also contained me. Perhaps it was my less stately version of the Vico that Roland encounters in the first scene, in the Reading Room at the London Library.

I thought the Reading Room must be out there somewhere, with a long bright beam in it for me. I thought I could sit in it an hour, with permission

If I first picked up Possession because it had the words “A Romance” on the cover, and because I was HIGHLY gay for Pre-Raphaelite women, the truth is that I read it 30 times for that scene alone. It presented the Vico – a book written by one man, but filled to bursting with another man’s jottings, marginalia, and love letters – as something whole. “The book sprang apart, like a box, disgorging leaf after leaf of faded paper, blue, cream, grey, covered with rusty writing, the brown scratches of a steel nib.”

Here was something, this idea that a book could eat, grow strong on eating, its own interleavings. That a book could eat its readers and grow fatter over hundreds of years, that it could be dipped in the gilding of other people’s eyes so that that was visible, too, when you raised it to the light. Roland sat there in a beam of sunshine, adding another feather to the book’s great heaviness. It was not a waste of time, not a waste of life, to read.

Who was Vico? I had no idea. Neither did I realise that if I myself had ever tried to enter the groves of academe, I would have died instantaneously from a tree falling on me. I thought the Reading Room must be out there somewhere, with a long bright beam in it for me. I thought I could sit in it an hour, with permission.

Patricia Lockwood is the author of No One Is Talking About This, shortlisted for the 2021 Booker Prize.

Patricia Lockwood’s sincere and delightfully profane love letter to the infinite scroll, and a meditation on love, language and human connection.

A.S. Byatt’s vivid and deeply affecting historical fiction is the story of a singular family, played out against the great, rippling tides of the day.

‘The internet - in the form of social media, at least - is much more like fiction than it is anything else.’

Patricia Lockwood is an American poet, novelist and essayist who was born in a trailer in Indiana and raised 'in all the worst cities of the Midwest'.

A.S. Byatt won the Booker Prize in 1990 with Possession and was shortlisted in 2009 with The Children’s Book. Writing, she says, ‘is simply the most important thing in my life’.