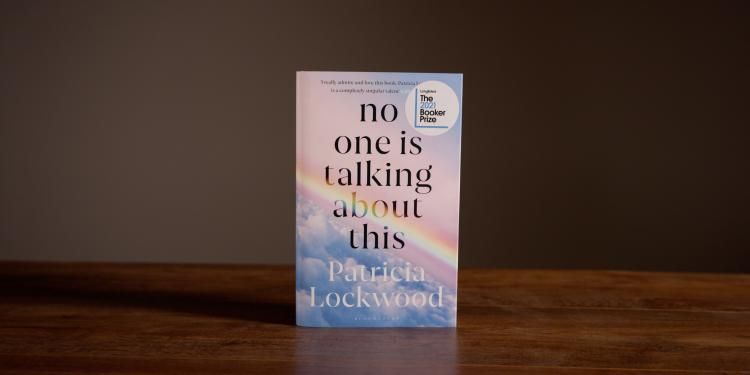 ‘The real influences go back the whole way. They lurk in your guts and direct the whole system. You don’t always know who they are.’

Patricia Lockwood speaks to us about the Booker Prize-longlisted No One is Talking About This, and why the ‘authors you would choose as influences are hardly ever the ones that truly count’.

How does it feel to have No One is Talking About This longlisted for the Booker?

Like I’ve been shot into space with a thousand tampons and a chimpanzee as my friend. Very, very far from the earth of my life. I never even considered it as a possibility – I believe I was shut up in a dark room, scrolling through pictures of mineral specimens, when the news came through. (Try this – it is curative, and perhaps it also causes you to be longlisted for the Booker.)

The authors you would choose as influences are hardly ever the ones that truly count. I can say that David Markson influenced this particular book, as he influenced my first attempt at a novel 20 years ago. Lorrie Moore and George Saunders were important to me early on, as were writers like Lydia Davis. But then it’s probably also, like… Cathy Guisewite, drawing a picture of a lady trying on a bikini over and over again. The real influences go back the whole way. They lurk in your guts and direct the whole system. You don’t always know who they are.

The first book by A.S. Byatt I ever got my hands on was Babel Tower, and I cheerfully read along with it not knowing who anyone was or why Jude’s skin was so grey or why there had to be these fairy-tale communes where people were twisting off each other’s nipples for fun. I’ve been a fanatic reader of hers ever since; I showed up at the local Barnes and Noble in pajamas the day The Children’s Book was released. Possession I’ve read dozens of times, and every time I do I feel that fine companionship, that finally here is another writer who has as many shiny little rocks as I do on her desk.

I’m working on a collection of short fiction based on notebooks I’ve kept over the past year and a half. Possibly it should just be set on fire when I finish, as I doubt anyone will ever want to think about the past year and a half ever again. I also accidentally started another novel when I was listening to a “binaural beats app” that claimed to have the power to “induce lucid dreaming.” I realize how that sounds. It didn’t induce lucid dreaming, by the way. It just tricked me into starting another novel.

You’re a memoirist and a poet, and you’ve spoken about beginning this book as a diary written in the third person. What did novel-writing offer you that was distinct from those other forms?

The internet – in the form of social media, at least – is much more like fiction than it is anything else. You’d think it would be like a diary, but it isn’t. There are protagonists, there are villains, there are sudden shifts in point of view. There are plot twists that real life would reject. The day is its unit, rather than the chapter, but it is in fact a novel itself.

The first part of your book charts new literary territory by echoing the fragmented experience of being online. How did that disintegrating narrative and the tragedy of the second part align in your mind as you were writing?

I saw it more as a hurtling line, as if I were riding the tail of a comet. When the rupture that comes halfway through the book occurred in my own life, and I saw that I was simply continuing the novel as a world with this crisis in it, I asked myself once: am I really doing this? But there was no turning back: the line kept hurtling and I was. It didn’t have to align. It just had to be what happened next.

The heroine of No One is Talking About This becomes famous for writing a post on social media: ‘Can a dog be twins?’ What is she inviting us to think about that?

Patricia Lockwood’s sincere and delightfully profane love letter to the infinite scroll, and a meditation on love, language and human connection.