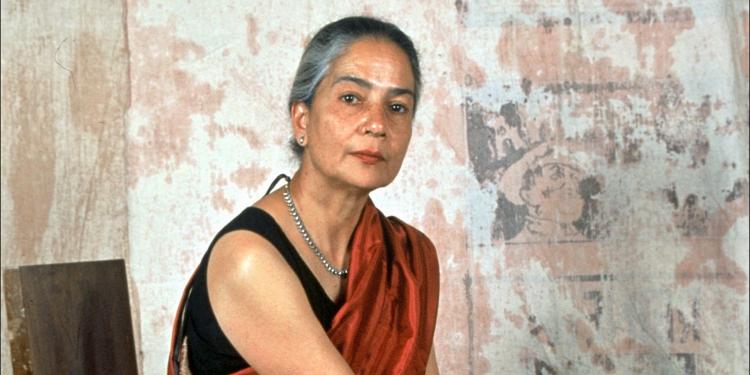 Anita Desai: 'I thought the book would seem ghostly now, but it's all coming around again'

As her deeply personal 1980 novel Clear Light of Day is chosen as part of the Big Jubilee Read, Anita Desai discusses how it resonated with readers and critics, and why its themes remain relevant today.

It’s morning on the East Coast of the US, where Anita Desai is based, when we speak over the phone. She has a quiet voice that commands attention: every word is considered, and she takes time to absorb questions before answering them. We’re discussing her 1980 novel Clear Light of Day. The book was the first of three of her novels to be shortlisted for the Booker Prize, and has now been chosen as part of the Big Jubilee Read, a reading list compiled by the Reading Agency and the BBC to celebrate 70 years of the Queen Elizabeth’s reign.

For someone who has been a fan of Desai’s writing since childhood, when I first read her Partition-set children’s book The Peacock Garden, it’s lovely to learn that she’s so kind and humble; she conveys the surprise she’s felt at the reception to her work multiple times during our call.

Given her success – with multiple Booker Prize shortlistings and a Guardian Children’s Fiction Prize among her award nods – it seems hard now to believe that there were hurdles to overcome in Desai’s early career.

Before Clear Light of Day, Desai had published a number of other books for adults and children. Games at Twilight, a collection of short stories published in 1978, came directly before it. In a letter to Charles Pick, her UK publisher at William Heinemann, Desai wrote that her US publisher Mike Bessie would not have accepted Games at Twilight ‘very willingly and probably would not have published it had you not persuaded him to do so’.

Luckily, Bessie was much warmer when it came to Clear Light of Day. In another missive to Pick (her letters are held in the Charles Pick Archive at UEA), Desai wrote that it was ‘certainly very gratifying to know he is so enthusiastic about Clear Light of Day’. But, she adds, revealing her caution, she hopes ‘it will do better in America than the last two books’.

It’s probably safe to assume that Bessie was relieved, when the novel went on to be shortlisted for the Booker Prize, that he’d decided to pick up the book for US publication.

Clear Light of Day is a family drama that follows Tara, who is revisiting her childhood home in Delhi. While her life has changed – she’s the wife of a diplomat – her brother and sister, in their shabby house with its neglected garden, seem almost stuck in time.

It’s a book about how the unexplored crises of childhood can reveal new worlds, and it travels back through time, covering the characters’ lives in adulthood, in adolescence during the partition of India from Pakistan in 1947, and in childhood in pre-Partition India.

Desai was born in Mussoorie, India in 1937, and was a young girl when Partition took place. The memories and sense of that time, both before and after the British cleaved India into pieces before leaving, inform the novel.

Clear Light of Day is fiction, but Desai says it is ‘in a way the most autobiographical [novel] I wrote’.

‘The times were so different then when I was a child, so that’s what I was trying to recapture in the novel, although I created the characters. They’re not based on real people, they’re based on the relationships that one has – sisters and brothers, sisters and sisters… The kind of relationship one has with those who are close to one, with one so intimate and yet getting on with them is all tension and friction and yet there has to be some kind of resolution as well. That was what I was trying to pack into the novel.’

In his speech at the Booker Prize ceremony in 1980, chair of the judges David Daiches said Clear Light of Day was ‘written with quiet elegance and conveys with beautiful conviction a quality of living so different from what most of us know’.

Daiches revealed in that speech that one of his fellow judges ‘considered the novel too “literary”, with its characters quoting from English poetry and so on’. But, he continued, ‘it is precisely this “literary” quality that conveys so movingly and convincingly the texture of an Indian culture moulded by centuries of British dominance’.

‘Too literary’ seems a strange criticism for a novel nominated for the Booker Prize, especially for a book like Desai’s, which is an accessible read while at the same time being a book fascinated by language.

Desai says that she ‘always grew up with that atmosphere thinking one language isn’t very sufficient’, that multiple were needed to say all you had to say. That thinking is reflected in the book, in the way we’re told characters can speak English, Hindi, Urdu and Bengali.

‘Yet it’s very difficult to bring them into one’s writing, into one’s work,’ she says. ‘I try very hard in every book that I write to capture at least the tone and the rhythm of the other languages that I am trying to bring into my English-language novels.

I thought it vanished, that now the book would seem ghostly, about an old world. Except the world goes round, and the same things are happening now in India as happened 50 years ago, 60 years ago.

And yet, the language of Clear Light of Day doesn’t feel outdated, and the book itself still feels relevant now; the legacy of Partition’s devastation remains in the inherited trauma of an entire society, and the political landscape of the novel’s background speaks to our current divided political times.

But Desai is almost disbelieving when I say that the book spoke to me, 42 years after its publication.

‘I am surprised if it does talk to anyone at all,’ she says. ‘It was for me really quite a private world that I was recreating. I found it hard to understand how people actually pick it up and enter that world with me and understand so much.

Having ‘that private world so public is a strange journey,’ says Desai, and not what she planned to do when she came up with the idea for the novel.

‘I had set out with the idea of a book that could tunnel into the past instead of travelling through the tunnel towards the future,’ she tells me. ‘I wanted my characters and my novel to travel backwards, into the past, deeper and deeper and further and further back. The present comes out of that darkness and richness of the past.’

An interview with Anita Desai from 2013.

The book begins when Tara and Bim are adults, the former married and with a daughter. But our first introduction to Tara is as she drops ‘her hands to pick up the hem of her nightdress’ to run to her sister across the lawn. It’s a moment that shows the merging of past and present: we’re not told when the book starts where we are in the characters’ lives, and this image could just as well be child Tara as adult Tara. As the novel continues, Desai infuses the present-day scenes with a nostalgia, invoking memories that then become richer and clearer as the novel moves back to Partition and then even further.

She was looking to recreate not just the language of the time, but ‘the mood, the atmosphere of that time, my time’. But she does eventually acknowledge during our conversation that there is something about the book that is still speaking to our world, at least politically, as we watch divisions growing in India between Muslims and Hindus.

‘I thought it vanished, that now the book would seem ghostly, about an old world,’ she says. ‘Except the world goes round, and the same things are happening now in India as happened 50 years ago, 60 years ago. I see the same scenes, I hear about the same politics. It’s all coming round again’.

Clear Light of Day was Desai’s first shortlisting for the Booker Prize; two more followed, for In Custody in 1984, and Fasting, Feasting in 1999.

She never won, and the nomination for Clear Light of Day both did and didn’t change her life. She was in Delhi at the time of the shortlisting, and was told the news by her publisher over the phone.

‘[My life] changed in the sense that it brought attention to the book which it would not have had,’ she says. ‘It had a much wider readership obviously than my other books had. And that was the chief change that it brought about.

‘Also the fact that there were so many very, very appreciative reviews of it which I would probably not have got otherwise. I was very impressed how understanding and how appreciative many critics [were].

‘Now I look at the book, it has gone into so many editions. It’s been kept alive all these years for which I am very grateful. Perhaps it would have faded away and been forgotten [but] it’s still being read.’

Anita Desai discusses her body of work at the Sydney Writers’ Festival in 2013, with author Deborah Levy.

By
Anita Desai
Published by
Heinemann

Anita Desai’s accomplished family drama explores how the unexplored crises of childhood can reveal new worlds - if courage can be found to face them.