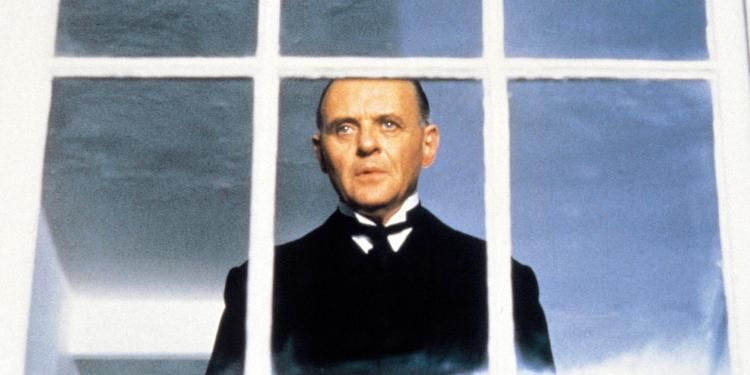 This quietly subversive novel showed how the English obsession with class colours our emotions, speech and interactions and made me look at the country I thought I knew with fresh eyes

The voice of Stevens, the narrator of Kazuo Ishiguro’s 1989 Booker Prize-winning novel The Remains of the Day, is so authentic and beautifully-sustained that you could believe it had always existed. It is as though, rather than having invented his protagonist, Ishiguro recorded a real English butler’s words and put them on the page. Stevens’ story, as he reflects from 1956 on his decades of service in a large house during a journey to find the former housekeeper who he may or may not love, conveys multitudes about England. His convoluted way of speaking (‘I venture to say, sir…’), and his preoccupation with ‘dignity in keeping with one’s position’, sounds comical today, but his narration is intimate and engaging from the novel’s first page to its last.

I read The Remains of the Day for the first time in 2002 when I was an undergraduate at Leeds University. I had already read A Pale View of Hills (1982), Ishiguro’s haunting first novel which is set in Nagasaki in the aftermath of the Second World War. I understood his debut’s historical context, and sensed its sinister edges, but I suspected I hadn’t appreciated it fully. I wondered what I was missing and why Ishiguro’s prose style was so spare and, well, style-less.

Before then, I had been dazzled by Martin Amis’s flashy sentences and moved by Raymond Carver’s minimalism. Ishiguro was doing something different but I couldn’t tell what it was. On top of that, he was an English writer with a Japanese name and I was an English person with a Chinese name. At a time when English writers with East Asian backgrounds were rare, this was enough of a connection to intrigue me.

The strange music of Stevens’ narration is audible from the first sentence: ‘It seems increasingly likely that I really will undertake the expedition that has been preoccupying my imagination now for some days.’ Typing them out, the words that strike me are the hyperbolic ‘expedition’ and the surprising ‘really’. The latter could sound incongruous coming from a man of Stevens’ formality, but it is true to patterns of speech, a plausible bit of humanising looseness that is part of the reason why Ishiguro’s narrators’ voices lodge inside your head. Whenever I dip into The Remains of the Day, I catch myself afterwards talking and writing emails in weird, multi-clause sentences and my friends wonder why I’m being uptight.

I read the novel while lying on my bed in student halls, in a narrow room with garish lighting and bare walls, surrounded by piles of newspapers, laundry and unread volumes of literary theory. Stevens’ story transported me from my drab surroundings and I read from afternoon through evening, into the early hours, before nodding off, waking and reaching its heart-rending conclusion at dawn. It was one of the most profound reading experiences of my life. Partly, this was down to geography and timing. I grew up in Cornwall and, living hundreds of miles from home for the first time, I was ready to think about England and its meanings. This quietly subversive novel showed how the English obsession with class colours our emotions, speech and interactions. It changed the way I saw the country I thought I knew.

Ishiguro, who was 32 when he completed a draft of the novel in four weeks, may baulk at such claims. He may say his book is merely the story of a man who missed his chance of happiness because the reticent persona he cultivated in the name of service left him incapable of expressing his feelings for the woman he loved. That is what becomes clear during Stevens’ drive from Oxfordshire to Cornwall, where the former housekeeper Miss Kenton lives. Stevens believes her marriage is ending and visits her on the pretext that he wants to sound her out about returning to work at Darlington Hall.

As he trawls through his past in his mind, Stevens remembers how he missed the death of his father because he was attending to a distinguished guest with sore feet and later witnessed secret meetings between Nazis and British politicians. He contemplates Lord Darlington’s role in the disastrous campaign to keep Britain out of the Second World War. These recollections are of stark contrast with the 1950s England Stevens sees as he stops off in West Country towns and villages at a moment of widespread change.

Stevens is unwittingly hilarious. His misunderstandings and failed attempts to ‘banter’ with ordinary folk make me smile whenever I recall them. But they are tinged with pain, symptoms of the life he led in service to those he considered more important than himself. He suffers from a chronic case of deference – that most English of social diseases – and, in a sickening scene, describes arguing with Miss Kenton about Lord Darlington’s decision to sack two Jewish housemaids: ‘There are many things you and I are simply not in a position to understand concerning, say, the nature of Jewry,’ Stevens remembers saying. ‘Whereas his lordship, I might venture, is somewhat better placed to judge what is for the best.’

It would be a stretch to say that I like Stevens – he is pedantic, frustrating, snobbish – but, when I re-read the novel recently, I sympathised with him more than I did 20 years ago

Looking back, Stevens says it is ‘illogical that I should feel any regret or shame’ about working for the disgraced Lord Darlington. It would be easy to conclude that Stevens has wasted his life but I have always stopped short of that judgement, in part because I wonder whether any life is wasted when we each affect the world in myriad immeasurable ways. It would be a stretch to say that I like Stevens – he is pedantic, frustrating, snobbish – but, when I re-read the novel recently, I sympathised with him more than I did 20 years ago. At the end, as he watches the sunset after his meeting with Miss Kenton, I did not want to leave him.

Re-reading the novel in 2022 also illuminated Ishiguro’s technical achievement – Stevens’ voice never wavers and the narrative is structurally seamless – and its enduring relevance. When I read it in 2002, the hard-won progress of the post-war era, which created a more equal Britain, was being consolidated. Subsequent events have undermined that confidence and sown uncertainty. Brexit has been compared to the Suez Crisis, which happened in the year in which The Remains of the Day is set. At the same time, scenes involving Lord Darlington and his Nazi-sympathising allies, who think ‘the world’s far too complicated a place for universal suffrage and such like’, show that when we lose faith in democracy we enter dangerous territory.

After I discovered The Remains of the Day 20 years ago, I read backwards, finding its literary antecedents in P.G. Wodehouse and Jane Austen. Ishiguro’s fiction, meanwhile, became even more distinctive in novels such as The Unconsoled (1995) and Never Let Me Go (2005) and he received the ultimate award when he won the Nobel Prize for Literature in 2017. For me, his Booker Prize winner is his masterpiece because it distils the upheavals of 20th-century England into an affecting and indelible story that is much bigger than its modest length. Stevens’ voice lives on for future generations to discover and evaluate for themselves.

The Remains of the Day

The Remains of the Day

Kazuo Ishiguro’s moving portrait of the perfect English butler, his loyalty and his fading, insular world in post-war England.