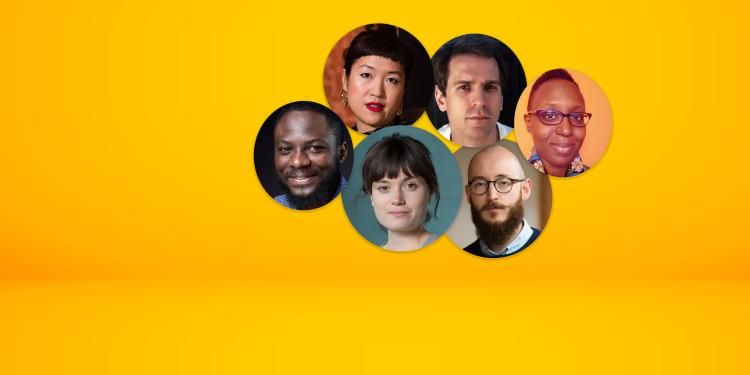 The recipients of the creative writing scholarship, which began in 2009, discuss how crucial the award has been in kickstarting their careers

‘I wouldn’t be where I am now without the scholarship,’ says Daniel Wiles, one of 13 recipients of the Booker Prize Foundation Scholarship at the University of East Anglia.

Founded in 2009, the scholarship aims to help nurture the next generation of authors, through a partnership between two organisations that boast some of the most impressive literary alumni in the world.

The scholarship is open to students from Commonwealth countries who have been accepted on to UEA’s prestigious MA Prose Fiction course - whose graduates include Booker winners Anne Enright, Kazuo Ishiguro and Ian McEwan. Each year, it provides up to £25,000 of funding for one gifted scholar.

Dr Jean McNeil, Professor of Creative Writing at UEA, says that the panel which awards the scholarship – which includes Booker Prize Foundation director Gaby Wood – is looking ‘for a writer of exceptional promise and talent to put forward’.

‘When one of our applicants receives the Booker scholarship, they know they have been singled out for their writing,’ she continues. ‘It confers a responsibility and pressure, but also a self-confidence on the recipient.’

The 13 scholars who have completed the programme have gone on to further study, have had their work featured in magazines and, in many cases, have had books published and won literary prizes. Among them is Eliza Robertson, who won the Commonwealth Short Story Prize in 2013 and whose first novel, Demi-Gods, was compared by one reviewer to Donna Tartt’s The Secret History.

Robertson says the scholarship was ‘everything’ to her, as she’d ‘made a bargain’ with herself that she would only do a postgraduate programme if she could get funding, because ‘creative writing felt like a financially precarious career path’.

Being able to take up a place on the course, fully funded, gave her the time to write. ‘As someone who now works 40-50 hours a week outside my writing practice, I recognise how privileged it is to have a year dedicated to your craft,’ she says. ‘And to be surrounded by other writers and thinkers who are all aspiring to the same precarious path you are, and taking it just as seriously.’

Wiles, whose debut novel Mercia’s Take was published this year and lauded by the late Hilary Mantel, agrees that the writing time afforded by the scholarship was among the things he most valued, as well the people he met and worked with. ‘Having both a whole year to sit down, write and not worry about anything else, as well as a great number of like-minded people around you to offer helpful feedback and inspire creativity, those things are invaluable to a student writer,’ he says.

Stephen Buoro was working as a maths teacher in Nigeria before he was offered the scholarship, and was being paid, he says, ‘a pittance’. ‘To afford to study at UEA, I would have had to work for several decades and saved everything I earned,’ he adds. ‘In practical terms, the scholarship paid for my tuition, my flight to the UK, and provided me with a monthly stipend. Thus, for the first time in my life, I was able to focus solely on my writing, to spend night and day honing my craft and producing a body of work.’

Buoro says the Booker scholarship also ‘infused me with more belief and motivation to write’. He started work on his debut novel, The Five Sorrowful Mysteries of Andy Africa, just after receiving the scholarship, writing a ‘very rough draft’ in just two and a half weeks.

According to McNeil, the tutors and advisers at UEA ‘do not concentrate on publication and success while students are on the course’. Instead, she says, the focus is ‘on developing [the students’] best writing, on their personal and literary development’.

That was certainly the case for Buoro, who says the feedback he received on his work helped shape him into a much better writer. ‘When I came to UEA, I submitted the first chapter [of my novel] for workshop and got ecstatic feedback,’ he says. ‘This feedback hugely improved my confidence on the project. I received more mixed – and to some extent – negative feedback on the second chapter. This feedback was so invaluable because it made me to pause, rethink, and recalibrate the entire project.

‘For the first time, I was able to identify the weak spots of the novel. I decided to trash the entire first draft, save for the first two pages. I reconstructed the novel, broadened its scope, and began writing again.’

Buoro’s book will be published in the UK in 2023, after selling to Bloomsbury for a six-figure sum, following an eight-way auction. US rights have also been sold for a substantial sum.

Daniel Wiles started what would become Mercia’s Take in the first week of the course, because he ‘needed something to submit to workshops and all the stuff I already had was awful’.

‘At each fencepost of the course - workshop submissions, assignments, dissertation - the novel was written, chiselled and carved, based on workshop feedback and tutorials with creative writing professionals,’ he says. ‘On top of this, the agent/publisher meetings that the course holds each year helped me find my eventual publisher. It’s safe to say that without my year at UEA, the novel wouldn’t have been published, at least in the form it is now.’

Although the scholars don’t overlap with each other on the course, together they make up a unique and growing group of writers. As Robertson says: ‘I feel privileged, humbled, and grateful to be part of such a crowd.’

Zo and the Forest of Secrets by Alake Pilgrim

Circles A Clover by Michael Egan

Once You Break A Knuckle by D.W. Wilson

Steak and Stations by Michael Egan

Good’s debut novel Kill [redacted], was published in 2019. It was described by the Guardian as ‘a delicate but merciless portrait of a man in the grip of a mental breakdown’ and a ‘fascinating and complex read’.

Robertson won the Commonwealth Short Story Prize in 2013, and her short story collection Wallflowers has been published in the US, Canada and UK. Her first novel, Demi-Gods, was set in the 1950s. According to the FT: ‘Its nod to the classics makes Demi-Gods comparable to Donna Tartt’s The Secret History. As does the feeling of a new and important author arriving.’

Shortlisted for Hearst’s Big Book Award 2018, Teo’s Singapore-set debut novel Ponti was also longlisted for the Jhalak Prize 2019 and shortlisted for the Edward Stanford Fiction with a Sense of Place Award. It won the inaugural Deborah Rogers Writer’s Award in 2016. The Guardian said of the book: ‘Teo artfully collects various stories and rolls them into one seamless narrative.’

Young was longlisted for the Bath Short Story Award and the BBC National Short Story award. She is currently a PhD student at the Victoria University of Wellington in New Zealand, and is also working on a novel.

Pook is working on her debut novel Things Can Only Get Better, a bittersweet social comedy set in 1997.

South African Potgieter is now a creative writing PhD student at Bath Spa University, and her short fiction has been published in print and online. Her short story, ‘Curing’, won the [email protected] competition.

Pilgrim is from Trinidad, and her short stories have twice won the regional prize for the Americas in the Commonwealth Short Story Competition. Her debut Zo and the Forest of Secrets, the first book in a middle-grade fantasy series, was published in 2022. She contributed to New Daughters of Africa, a 2019 anthology of writing by women of African descent, edited by Margaret Busby.

Australian Gosper received the highest mark ever in the Creative Writing MA for his dissertation. The novel he wrote while there has been published under a pseudonym.

Buoro is a Nigerian novelist and mathematician. The novel he was writing as a Booker Prize Foundation Scholar, The Five Sorrowful Mysteries of Andy Africa, will be published in 2023 by Bloomsbury. It was the subject of an eight-way auction in the UK, selling for a six-figure sum – and was also bought for six figures in the US. Ian Rankin has described it as ‘a narrative of depth that also manages to be instantly engaging’.

Wiles’ first novel Mercia’s Take, which follows the life of a 19th-century miner in the Black Country, was published this year, accompanied by praise from Hilary Mantel, who said that ‘Daniel Wiles connects us viscerally to the past we have buried the history we choose to ignore’. The Guardian called it a ‘confident and moving debut’, and it was chosen as one of the Observer’s 10 best debuts of 2022.

Adediji is a writer and editor from Lagos, Nigeria. Her work has appeared in McSweeney’s Quarterly and the Yaba Left Review. She won the 2019 Brittle Paper Award for African Fiction, is an alumnus of the Purple Hibiscus Trust Creative Writing Workshop (2018) and was named one of the Morland Writing Scholars for 2021. Her story ‘After the Birds’ was shortlisted for a US National Magazine Award in 2020.

The most recent Booker Prize Foundation Scholarship graduate, Egan teaches English in Cheshire. His first poetry collection, Steak & Stations, was published by Penned in the Margins in 2011. He published his debut novel, Circles a Clover, about a young girl taking care of her father, in 2021.

The 14th and latest scholar, Nkumane is from Eswatini. He holds a BSc in Microbiology and has worked in publishing in South Africa, as well as writing interviews with authors such as Bryan Washington and Caleb Azumah Nelson. His own fiction focuses on African queer interiority and on the unrest in his home country. He has just begun his course at UEA and will graduate next summer.

Summer reading special: take the Booker Prize… to the seaside