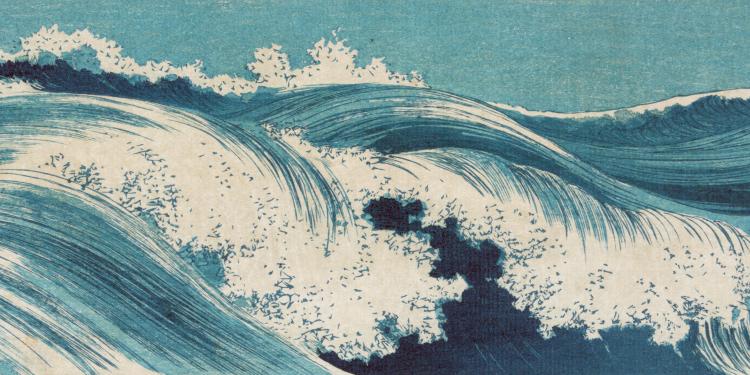 As part of a series in which Booker authors choose their favourite Booker books, Maggie Shipstead takes a look at Ruth Ozeki's 2013 shortlisted novel.

Maggie Shipstead on A Tale for the Time Being

As part of a series in which Booker authors choose their favourite Booker books, Maggie Shipstead takes a look at Ruth Ozeki's 2013 shortlisted novel.

‘My first encounter with A Tale for the Time Being happened not long after I’d started writing Great Circle, and there was so much to learn from the way Ozeki’s work approached unanswerable questions with curiosity and humility but also audacity.’

Maggie Shipstead, author of the 2021 Booker Prize-shortlisted Great Circle, on picking up, putting down, and then picking up Ruth Ozeki’s 2013 shortlisted novel A Tale for the Time Being.

I remember exactly when I first picked up A Tale for the Time Being by Ruth Ozeki. I was in the guest room at my agent’s house in New York, and I’d finished whatever I’d been reading and was perusing her bookshelves. I pulled out Ozeki’s book and read the opening: ‘Hi! My name is Nao, and I am a time being. Do you know what a time being is? Well, if you give me a moment, I will tell you.’

I closed the book and put it back. I felt there was something too direct about those lines, too chatty and, I imagined, twee. But the next night I found myself taking the book down again, and this time I kept going, falling headlong into an intriguing, enveloping narrative full of structural complexities. A Tale for the Time Being abounds with found texts and mysterious clues and inexplicable happenings but also with the satisfying details of daily life and with vivid characters who live in persuasively rendered and generously populated human landscapes.

This book reminded me, at the right moment, of a simple thing: how much I love to read.

The voice that had initially put me off was that of Nao, a Japanese schoolgirl who intends to write the story of her great-grandmother, a Buddhist nun, in a diary made from a repurposed copy of Proust’s In Search of Lost Time. But, inevitably, she ends up mostly writing about herself and the pain of her adolescence and the dark gravity pulling her toward suicide. The other major thread in the book belongs to Ruth, a novelist who bears some similarities to Ozeki. Ruth lives on an island in the Pacific Northwest with her husband and a cat named Schrödinger, and while walking on the beach, she finds a plastic freezer bag containing Nao’s diary, a packet of letters, and a wristwatch that had belonged to a kamikaze pilot. It’s a story about lots of things, but I think at its core, the book is about wanting to know what happens.

The way the novel’s strands came together thrilled me, and I loved the muchness of it all, the sheer abundance of storytelling. My first encounter with A Tale for the Time Being happened not long after I’d started writing Great Circle, and there was so much to learn from the way Ozeki’s work approached unanswerable questions with curiosity and humility but also audacity. Perhaps more crucially, this book reminded me, at the right moment, of a simple thing: how much I love to read.

A Tale for the Time Being

Ruth Ozeki’s bewitching metafictional novel about our shared humanity and the search for home.

‘I’m sadly incapable of planning my books. I just have to leap and then hope I’m able to resolve all the problems.’

Maggie Shipstead is an American novelist who lives in Los Angeles. She is shortlisted for the 2021 Booker Prize with Great Circle - her third novel.

Ruth Ozeki was born and raised in Connecticut, USA, and is an award-winning novelist and filmmaker.