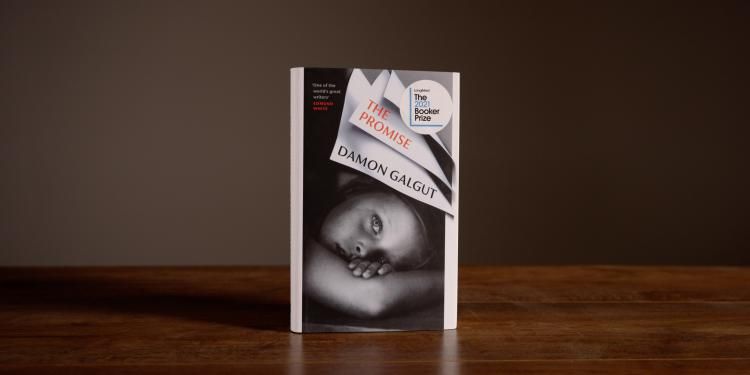 'Life is hardly ever neat and comfortable'

Damon Galgut on writing the Booker Prize-longlisted The Promise, and why we should be suspicious of happy endings.

The latest on the 2021 Booker Prize for Fiction

Get all the latest on the 2021 Booker Prize, including the announcement of the winner on November 3rd, interviews with the shortlisted authors, images, video, judges comments and much more.

How does it feel to have The Promise longlisted for the Booker?

Nice, very nice. About half as nice as being shortlisted, but it’ll do for the moment.

Too many, really, to name them. But the spirits of very particular writers hung over the writing of this book. Foremost amongst them is William Faulkner, a big figure from my early reading years. But also present, no less importantly, are Patrick White, Virginia Woolf, and Samuel Beckett.

Ah, favourites… it never comes down to just one book, does it? But if I had to choose a single title, I think James Kelman’s How late it was, how late is a pretty tremendous achievement.

A collection of short stories. At this point they all have the common theme of people who’re away from home, but as I do far less travelling these days, that might change.

The ‘promise’ of your book’s title is both a literal one made by one person to another and a more general or metaphorical one about unfulfilled potential or dashed hopes. Can you tell us a bit about writing the life of a country and the life of a few of its inhabitants at the same time?

No person can stand in for a whole country, especially not this one. But I do feel qualified to say a few things about white South Africa by now. The Swart family is a kind of amalgamation of everything I grew up with in Pretoria, I guess. They’re a mix of English and Afrikaans, and a hodge-podge of creeds and beliefs too. Not unusual for this part of the world. But what makes them ‘representative’ isn’t their characters, it’s the times they’re living through. The book is structured around four funerals, each in a different decade, with a different president in power and a different spirit reigning over the land. Although most of that material is background, it conjures a sense of time passing, and of the larger country changing too.

The story takes place over four decades. Did you always know you wanted to cover that span?

Yes, it was actually what drew me. Time and the passage of time. That’s the real theme of the book, for me. The original idea came from a conversation with a friend, who’s the last surviving member of his family. He’s a great raconteur and he told me one drunken afternoon about the four family funerals he’d attended – of his mother, father, brother and sister - and he made them tragic and hilarious. And it occurred to me that it would be an unusual and interesting way to construct a story. Four funerals, a day or two in each case, no narrative filler in between. You’d get the history of a family in four separate snapshots. From there it was a short hop to the notion of setting the funerals in different decades, and of what you could convey through those big jumps in time. Not only about politics, but about people’s lives.

By chance. I started the book in a far more traditional way, then I was offered a job writing a couple of drafts of a film script. I broke off from the novel to do that. But the conventions of cinema are very different from those of prose, and when I came back to the book I quickly saw how I might break the usual rules. I realised, in short, that the narrator could behave like a camera, moving in close and then suddenly pulling far back, jumping from one character to another in the middle of a scene (or even a sentence), or following some side-line of action that has nothing to do with plot. In film, the point-of-view jumps and changes all the time – why not in a novel? I was very excited by the realisation, because it freed me from the strictures of tradition, and allowed me to give free reign to the cacophony of voices that seem always to be jostling inside, wanting to be heard.

The end of The Promise offers no absolution. Should we be suspicious of comfortable endings?

Yes, because life is hardly ever neat and comfortable. I have a theory about the novel, which is that it evolved as a diversion for the middle-classes, who want their own values reflected back at them. In other words, good people should be rewarded, bad people should be punished, and problems should be resolved. Ultimately, a disordered universe should be set to rights. But what if good and bad are meaningless terms? What if disorder is the truth? Of course, as the novel has developed, there’ve been practitioners who’ve put it to different uses: to reflect the discord and unease which is far more typical of most human life. There’s a serious challenge built into that project, because part of what’s pleasing about a well-constructed story is precisely the sense of resolution, of symmetry. So if you want to alter the rules, you have to withold absolution while still making the experience satisfying. Not so easy to do!