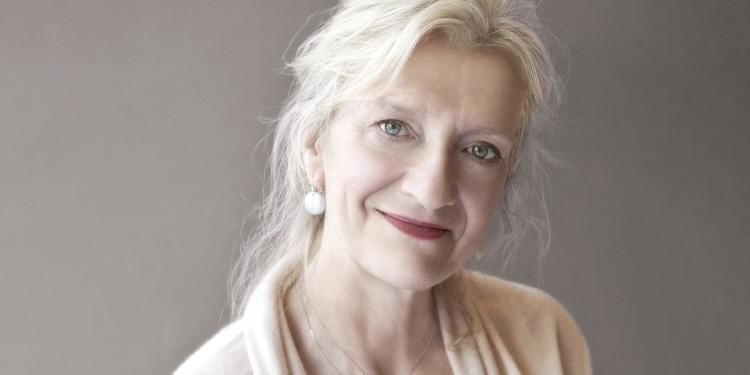 With Lucy Barton, Strout has done something generally discouraged within contemporary literary fiction, despite being common in commercial fiction: created a universe around a character over multiple books

If you haven’t been with Elizabeth Strout from the beginning – since Amy and Isabelle in 1998 (her first novel) – then you could be forgiven for being a little confused about Lucy Barton and her place in Strout’s work.

Lucy first appeared in My Name is Lucy Barton (her fifth novel, the first Lucy Barton book and Booker longlisted in 2016). She now appears as the wife of the title character from Oh William! (Strout’s eighth novel, her third Lucy Barton book and currently shortlisted for this year’s Booker Prize.) So who is Lucy Barton? And does it matter about the way these books fit together and the order in which they should be read?

According to her interviews, Strout herself does not seem to have conceived the phenomenon now unofficially known as ‘the Lucy Barton story cycle’ with a plan in mind. And, with the latest in the cycle, Lucy By the Sea (her ninth novel and fourth Lucy Barton book) about to come out, we still don’t know whether the cycle is closed or ongoing.

These books emerged organically one by one as Strout realised that she wanted to dig around the life of this character. Whilst none of these novels are autobiographical, Strout has described the Lucy Barton books as ‘a risk – not least because I made Lucy a writer’. Indeed the title My Name is Lucy Barton introduced an initial layer of confusion as some literal-minded readers assumed it was a memoir. (It is indeed Lucy Barton’s ‘memoir’, but not Elizabeth Strout’s.)

With Lucy Barton, Strout has done something generally discouraged within contemporary literary fiction despite being common in commercial fiction: created a universe around a character over multiple books. She has done it without turning any of these books into the obligatory prequels, sequels or any other kind of trope from genre fiction so beloved of marketing departments. So whenever Lucy Barton pops up, you can be sure that she is part of a bigger story. And yet you can also be equally sure that each book stands independently. The Lucy Barton novels are constructed in such a way that they can be discovered on the reader’s terms, not the writer’s.

There is something refreshingly trusting about this and reminiscent of classical works of fiction. Recurring characters crop up across the works of Balzac, Zola and Nabokov, travelling across novels and short stories and inserting themselves into other narratives. Strout borrows the idea, subverts it and twists it into something completely unique. In terms of plot or spoilers the order of reading is irrelevant, although arguably you do gain a certain something by unravelling Lucy Barton’s world in the same way Strout unravelled it in her own mind.

Watch the full video on our YouTube Channel: https://t.co/vOsOZgYMRo pic.twitter.com/CMkrdjcQ45

My Name is Lucy Barton (2016) tells Lucy’s backstory in hindsight from her hospital bed. Raised in Amgash, Illinois, Barton’s family home was violent because of her father and alienating because of her mother. Finding solace in writing, Barton cuts herself off from her family as an adult. A reunion is forced when her husband, William, a man who hates hospitals (and with whom we know Lucy has a complicated relationship), sends Lucy’s mother to her bedside.

Strout’s next book Anything Is Possible (2017) is about the community surrounding Lucy Barton when she was growing up in Amgash and what has become of them since she left – and since she, now ‘a famous writer’, published her ‘memoir’. (This is the third Lucy Barton book and it’s either a novel or a collection of short stories depending on who you ask.) Lucy is barely visible here and only seen through the eyes of others.

The hospital-hater returns in Oh William! (2021). Here Lucy is grieving her late (second) husband, David, and reconnecting with William, who we now realise was her first husband. In the next novel, Lucy By the Sea (October 2022), Lucy and William find themselves in quarantine together in Maine, thanks to the pandemic. In this outing Lucy, previously the anchor and ‘known factor’ in all these narratives, contemplates her shifting and uncertain identity. And just to complete the ‘story within a story’ feel, Strout fans will know that her other beloved character, Olive Kitteridge – who has her own story mini-cycle (Olive Kitteridge, Olive Again: Strout’s third and seventh novels or short story collections, again depending on who you ask) – is from Maine. And so there is an inevitable crossing of worlds here.

The unifying force in this story cycle? It’s not Lucy or Olive, of course. It’s Strout’s unique way of seeing the world. She zooms in and out like a master cinematographer, examining lives, characters, locations, memories and connections, as if turning over a snow globe and studying it from everything possible angle and then shaking it again to start afresh. The effect is unsettling, eerily realistic and strangely close to non-fiction. As the novelist Ann Patchett has written of Strout’s work: ‘I believed in the voice so completely I forgot I was reading a story.’

Has there ever been a character quite like Lucy Barton? Unassuming and yet profound, entirely ordinary and yet deeply moving. A woman in her later life, full of doubt and regret, Lucy’s reflections illuminate the reader, too.

Explore Elizabeth Strout’s Booker Prize 2022 shortlisted novel Oh William! with your book club using our guide and discover why the judges said it was ‘one of those quietly radiant books that finds the deepest mysteries in the simplest things’.

With Oh William! shortlisted for the Booker Prize 2022, we spoke to Elizabeth Strout about her intimate characterisation, the importance of listening and what’s next for Lucy Barton

Read the opening words from Oh William! where bestselling author Elizabeth Strout returns to her beloved heroine Lucy Barton in a luminous novel about love, loss, and the family secrets that can erupt and bewilder us at any time.