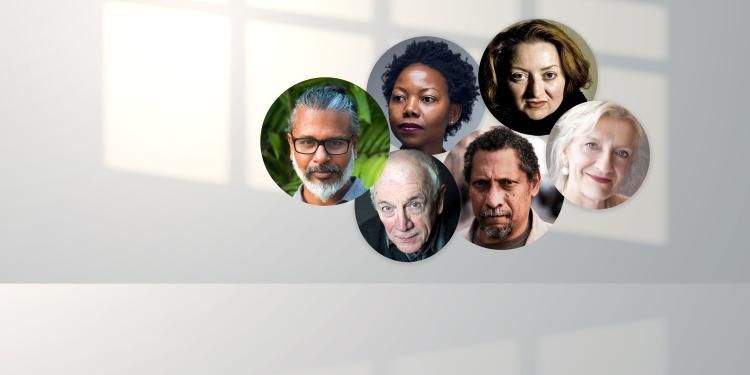 As the Booker Prize 2022 shortlist is announced, we’ve pulled together the most interesting facts and trends that have emerged in this year’s selection

Six remarkable stories that stretch the boundaries of what fiction can do. Yes, it’s that time of year again - the moment the Booker Prize shortlist is revealed. Spanning genres, generations and continents, here is everything you need to know about 2022’s shortlisted books and authors.

Between them, the authors have published a combined total of over 75 works, including short stories, children’s stories and poetry. NoViolet Bulawayo returns to the list with her second novel, Glory, after making the shortlist with her debut in 2013. In fact, there is no sign of the dreaded ‘difficult second novel syndrome’ on this shortlist with two other authors hitting their stride with their follow-ups - Claire Keegan’s Small Things Like These and Shehan Karunatilaka’s The Seven Moons of Maali Almeida. Of the other three authors, Percival Everett has penned over 30 works, Alan Garner follows with 27, and Elizabeth Strout, eight.  At 87, Garner is the oldest author to make a Booker Prize list. Between them, the combined age of all shortlisted authors totals 358 years (at 40, NoViolet Bulawayo is the youngest). That’s a whole lot of writing experience on one little list.

2. Based on true events.

Real-life events have served as inspiration for the majority of authors. The Seven Moons of Maali Almeida draws on the darkest days of the Sri Lankan civil war, whereas Glory is a satirical take on the fall of Robert Mugabe in Zimbabwe. Small Things Like These tilts a spotlight on Ireland’s Magdalene Laundries scandal, while The Trees by Percival Everett revisits the 1955 lynching of Emmett Till in Mississippi and its aftermath. Alan Garner’s Treacle Walker is based, loosely, on a real person and features autobiographical elements from Garner’s childhood, too.

Despite being, at 116 pages, the shortest book ever to be shortlisted, Keegan’s Small Things Like These went through around 50 drafts to get it to its final, published state. And interestingly, although it’s the shortest book by number of pages, Treacle Walker has fewer words. Similarly to Keegan’s process, Karunatilaka went through multiple drafts of The Seven Moons…, beginning work back in 2014. Strout and Bulawayo favour writing by hand and moving to a computer further down the line, as does Garner - he has a unique way of visualising his story before jotting it down (‘Almost like taking dictation’). Everett maintains that though The Trees took just a year to write, it required 63 years of life experience to be able to create it.

2022 is a strong year for fables. Bulawayo’s satirical tale of an uprising features a vivid chorus of animals. Garner weaves myth, folklore and fable into his depiction of a young boy trying to make sense of the world around him, Everett’s The Trees was described by the New Yorker as ‘a grisly fable about whose murder counts in the public imagination’, while Karunatilaka’s novel was described by the Booker judges as an ‘existential fable teeming with the bolshiest of spirits’.

5. Global voices and a good year for indies.

The shortlisted novels span five countries and four continents, showcasing a wealth of literary talent from across the English-speaking world. Two authors hail from Europe, two are from the United States, one is from Africa and one comes from Asia. Although the shortlist is truly global, the prize is for books published in the UK and independent British publishers continue to punch above their weight on the shortlist, after dominating the longlist. Three out of the six books - Small Things Like These (Faber), Seven Moons of Maali Almeida (Sort of Books) and The Trees (Influx Press) - are published by indies.

Elizabeth Strout returns to the list with her beloved character Lucy Barton in Oh William! Barton’s protagonist previously made the longlist in 2016 in My Name Is Lucy Barton. It’s not the first time characters or even books from the same series have appeared on multiple lists; see also Hilary Mantel Wolf Hall trilogy and Margaret Atwood’s Gilead novels.