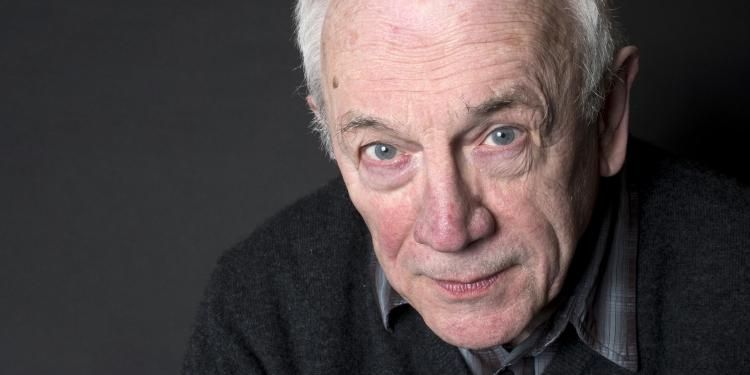 As his latest book is shortlisted for the Booker Prize 2022, we spoke to Alan Garner about the eight-year process behind it, how he went from reading comics to becoming a classicist… and the real Treacle Walker

How does it feel to be longlisted for the Booker Prize 2022? What would winning the Booker mean to you, especially at this stage of your career?

It’s a pleasure and an honour for the work to be recognized. As for winning, I’m of the ‘fail better’ school, which is another way of saying the donkey must never catch the carrot. So winning would be a spur rather than an end. It would also help my wife and me to look after the ancient house that has looked after us for more than 60 years and has enabled me to write.

Of all the writers longlisted for the 2022 prize, your inclusion has arguably generated the most interest, with several observers suggesting that such recognition is long overdue. Does it feel that way to you?

No. I’ve always had my share of critical attention.

You have sometimes joked that you have written your last book. Are you working on a new book now?

I fear that one may be working on me.

The Booker longlist features both the youngest- and oldest-ever nominated authors. Does age matter when writing fiction? Is there a good/bad/right/wrong age to write a masterpiece, or is age irrelevant?

Age, in itself, is irrelevant. However, as with all skills, an apprenticeship has to be served, through practice and experience.

You’ve said in the past that you average one book every nine years. How long did it take to write Treacle Walker, and what does your writing process look like? Do you type or write in longhand? Are there multiple drafts or sudden bursts of activity? Is there a significant amount of research and plotting before you begin writing?

The process that led to Treacle Walker lasted from 22 July 2012 to 25 July 2020. It began with an anecdote a friend told me, which I instantly ‘knew’ would produce a novel, though what kind of a novel it would be I had no idea.

I write and revise in longhand, then transfer to the computer for safety. Word-building is an organic process, and the elbow is a good editor; whereas, for me, the click of a keyboard has neither rhythm, direction, energy, nor life.

Over time, the way of writing has moved from a carving of words as I went along to now, when (once the intensive and protracted research has been done) a long period of physical and mental sluggishness overcomes me, which is broken abruptly by ‘seeing’ and ‘hearing’ the start of the book, with little understanding of what it’s about. Next, the closing sentences frequently appear, and I’ve learnt to write them down without question. Then it’s largely a matter of ‘watching’ the story unroll as a film and getting it onto paper. It’s a mysterious, but not a mystical, sensation.

I write in what was the buttery of a medieval timber frame hall. The workspace is a slightly tidier version of Francis Bacon’s studio, with books, rather than paint, for decoration.

Have your methods of researching and writing changed significantly over the years and, if so, how?

No. Research and gestation use up nearly all the time. The writing is fast and feels more like taking dictation.

Treacle Walker, real name Walter Helliwell, was a tramp who claimed to heal ‘all things but jealousy’. He was born at the beginning of the twentieth century, near Huddersfield. Not much else is known about him.

‘Fantasy’ is the wrong word. I’m more concerned with metaphor than with social observation. As for ‘children’, I can write only by listening to the inner voice. Who reads it is beyond my control.

You’re often referred to as a fantasy writer or children’s writer, terms that don’t really begin to fully describe the kind of writer you are. How do you feel about those labels, and do classifications like those help or hinder writers?

For me, the terms and labels are meaningless. ‘Fantasy’ is the wrong word. I’m more concerned with metaphor than with social observation. As for ‘children’, I can write only by listening to the inner voice. Who reads it is beyond my control.

How much of your own childhood experiences are visible in the book, from memories of the landscape to the marbles and comics and the local dialect. How much of the young Alan Garner is there in the book’s hero, Joe Coppock?

The childhood background period and character are autobiographical, but the voice is Harold Smith’s, my closest friend of that time.

A Geography of Offerings by Richard Bradley and Bog Bodies by Melanie Giles.

Which authors have particularly influenced or inspired your own writing, and why?

As a result of the 1944 Education Act, which gave me a free secondary and tertiary education, I went from reading comics to being a classicist. English, as a subject, I engaged with through acting, mainly Shakespeare. My models were Aeschylus (for poetic force), Homer (for myth and wonder), Tacitus (for economy and precision), Catullus (for passion and wit); and, later, Samuel Beckett (for all the above). I discovered modern English literature by idly picking up Lord of the Flies, thinking it was an academic work on morbid psychology.

Do novels matter as much as they used to?

Yes. We need story to unravel the world; and in reading we can go at our own pace, which is not always so with other art forms.

Treacle Walker was shortlisted for the Booker Prize in 2022. This latest fiction from a remarkable and enduring talent brilliantly illuminates an introspective young mind trying to make sense of the world around him.