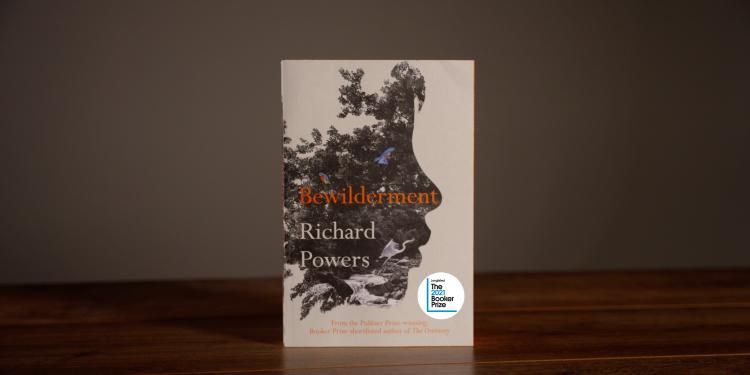 ‘I don’t envy the judges’

Richard Powers speaks to us about how his Booker Prize-longlisted Bewilderment ‘pays homage to both contemporary and classic speculative fiction writers’.

How does it feel to have Bewilderment longlisted for the Booker?

I was just settling in for the most agonising part of the publication process – the several long weeks between the last efforts of proof-reading and the first reactions of the general public – when along came the bracing shock of the longlist. I confess that the news relaxed me quite a little bit.

My satisfaction at making the list deepened when I saw the other contenders. I don’t envy the judges, who must cut these 13 titles by more than half: every book in the group seems remarkable in its own way. The work that I’ve already read has been urgent and moving, and I look forward to reading the rest.  It’s quite something, to be among this company.

Let me answer that specifically for Bewilderment. The book has its roots in two different worlds. It is, in part, a novel about the anxiety of family life on a damaged planet, and for that, I’m indebted to writers as varied as Margaret Atwood, Barbara Kingsolver, Evan Dara, Don Delillo, and Lauren Groff.

But it is also a kind of ‘planetary romance’ that pays homage to both contemporary and classic speculative fiction writers including Daniel Keyes, Ursula LeGuin, Olaf Stapledon, Alan Lightman, Italo Calvino, and Kim Stanley Robinson. I took great pleasure in colliding what a lot of readers might think of as entirely incommensurable aesthetics, and I enjoyed the light and heat thrown off by that fusion.

I’m always a little suspicious of the commodity-mentality hiding in the search for ‘favourites’. The seasons change, the world convulses, I grow old, and books that I skated through the first time come back to haunt and help me, beyond all expectation. The dozens of Booker books I’ve read are no exception.  I measure the pain and joy of my years by the surprise transformations these titles continue to undergo in memory and re-reading.

I will say that, without plan or purpose during the pandemic, I read two Booker winners by Penelopes (Fitzgerald, Offshore, and Lively, Moon Tiger). Both these books have surely become stranger and more evocative because of all the things that have happened to the world since their publication.

Another good commodity-culture question! Happily, I’ve reached the age where ‘work’ is once again the pure play that it was when I first started out on the path of writing novels. It’s the luckiest imaginable life, and right now that involves exploring what social media, deep learning, hidden algorithms, and surprisingly intelligent marine creatures have to do with one another.

Your books are always rich with ideas - encompassing science, philosophy, music, the environment. This one is no exception. In Bewilderment the ideas that preoccupy the astrobiologist father and non-neurotypical son take us to the heart of loneliness and loss. Can you talk about how these scientific realms have influenced your fiction, and the stories they inspire or enable you to tell?

For me, the astrobiology and neuroscience in Bewilderment – two fields undergoing rapid and dramatic revolutions – are really ways into much older and more intimate human passions. Beneath the immense technologies and intellectual achievements of those pursuits are some primal questions built into human beings: Is life a one-off fluke, or is it inevitable and ubiquitous in the universe? What is consciousness? Can we know what it is like to be someone or something else? How do we land back on Earth and make a home here among the neighbours? Can we find contentment despite our bottomless hunger? How do we surrender the increasingly isolated self to the terrifying diversity of ‘endless forms most beautiful’? All these questions form the time-honoured heart of fiction. Bewilderment is Plato’s Allegory of the Cave. I’ve just updated the fable for the age of pandemics, exoplanets, and mass extinction.

You were longlisted for The Booker Prize with Orfeo and shortlisted with The Overstory. What were those experiences like?

Orfeo was longlisted in the first year that Americans were eligible, which made for a distinctive surprise. The Booker had always taken place on a parallel Earth for us, until there we were in the middle of it. That’s why my longlisting came as a double bolt from the blue. For The Overstory, I have great memories of tooling around Britain doing events and befriending the other short-listed authors, a trip that culminated in the grand space of the Guildhall alongside an intimidating guest list including the Duchess of Cornwall. I remember asking Robin Robertson, a fellow finalist, how to negotiate some bewildering and scary aspect of royal protocol. He gave me a remorseless, Scottish grin and said: ‘You are asking the worst possible person.’

An astrobiologist thinks of a creative way to help his rare and troubled son in Richard Powers’ deeply moving and brilliantly original novel.