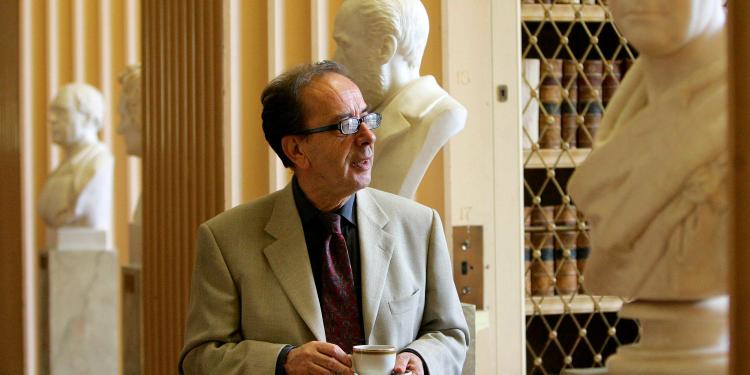 Albanian author Ismail Kadare was awarded the Man Booker International Prize in 2005, the very first year of the prize.

Recognising a writer for their achievements in fiction and world literature, the prize was open to any living author who has published either originally in English or has been translated into English.

Kadare, a political exile whose work was previously smuggled out of his home country during Stalin’s regimie, was honoured for his full catalogue of work including his novels Spring Flowers, Spring Frost and The General of the Dead Army. His books have previously been banned in Albania.

Professor John Carey, Head Judge of the prize, called Kadare ‘a universal writer in the tradition of storytelling that goes back to Homer.’

Of his win, Kadare said, ‘I feel deeply honoured by the award of the Man Booker International Fiction Prize. My firm hope is that European and world opinion may henceforth realise that this region, to which my country, Albania, belongs, can also give rise to other kinds of news and be the home of other kinds of achievement, in the field of the arts, literature and civilisation.’

I would like to take the prize that I have been awarded as confirmation that my confidence and my hopes have not been misplaced.