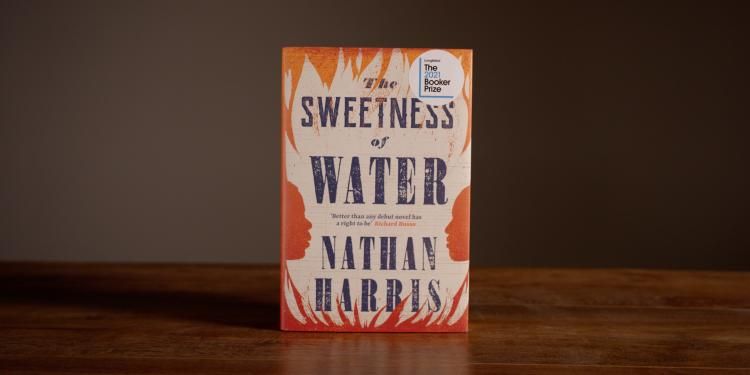 ‘True freedom always carries with it the hint of a threat’

Nathan Harris speaks to us about what it meant to get a nod of approval from President Barack Obama, and wanting to do justice to the characters in his head.

How does it feel to have The Sweetness of Water longlisted for the Booker?

Truly surreal. An author spends years working in private hoping that his or her novel might, one day, simply reach an audience. To not only accomplish that, but to also have so many readers share their appreciation of my work, and then for the Booker committee to acknowledge me with this honor… It’s more than I ever hoped for.

Disgrace is one of my favorite novels, so I’d say the committee got it right with that one. Quite rare to witness an author with such a brilliant and ambitious vision bring about a novel that in every way appears to accomplish the task he set forth for himself when setting out to write it. It’s a masterpiece.

I guess I’ll have to see where the work takes me. As of now, I have no idea.

The Sweetness of Water is set in an often overlooked historical period – the immediate aftermath of the American Civil War. What interested you about exploring this moment in time, for the fictional town of Old Ox and its residents?

It came to my attention that no one else had grappled with what those precious moments, upon being freed, must have been like for those men and women who had spent their life in bondage. I wanted, first, to give them a voice. Then I found the other characters that surrounded them, all those gloriously varied citizens of Old Ox, who I wanted to give a voice to as well. I simply put it all down.

The novel begins with a startling revelation, which is quickly overturned. Why did you decide to open the story in this unusual way?

I’m not sure I can pinpoint the turns of a plot, as I intended them, with such certainty. I see the story as a comprehensive whole. The moment in time was one of breathtaking tension amongst individuals in the American South, both on a personal level and a communal level. I followed that tension wherever I found it, and let the story unfold as it naturally came to me.

The judges remarked on your expert handling of interwoven ‘themes of trans-historical importance – race, sexuality, violence and grief’. Given that this is your debut novel, what gave you the courage to taken on such an ambitious scope and how did you carry it out?

Well, those weren’t the sort of things I was worried about while writing the novel. You worry about whether you’re getting the story down properly. You anguish over the quality of the prose. Mostly, I wanted to do justice to the characters I had in my head, characters I wanted all my readers to meet for themselves.

Despite George Walker’s apparent generosity in offering the brothers water, shelter and paid work, you very much resist the dynamic of the white saviour. Why was it important for you to examine George’s emotional reliance on black people, and do you see this as another form of oppression?

These sorts of questions loom over the entire novel. They are, in many ways, at the heart of the project. Best left for the reader to answer.

Landry has an affinity with water that is seen as transgressive and problematic by his white owner. What does the titular phrase ‘The Sweetness of Water’ mean to you?

In a way, perhaps, it symbolises the many facets of freedom. It represents ‘true’ freedom, spiritually and physically, and also the very real dangers of what freedom might bring about. Because true freedom always carries with it the hint of a threat. ‘You can step where you please, just don’t take the wrong one…’

Barack Obama is a keen follower of the Booker Prize as well as a great and influential reader in general. He included your novel in his reading list this summer. What did that mean to you?

There are certain people in the literary community whose gestures of encouragement leave you abuzz. I’ve been fortunate to have more than one who have been willing to share with the public their appreciation of my work.

And yes, Obama’s nod of approval meant the world. To lift up an unknown debut author like that is a remarkable act of generosity that goes unpaid but means everything to the recipient. I hope, one day, I can do the same for someone else.

Conjuring a world fraught with tragedy and violence yet threaded through with hope, Nathan Harris’ debut novel is enthralling and deeply moving.