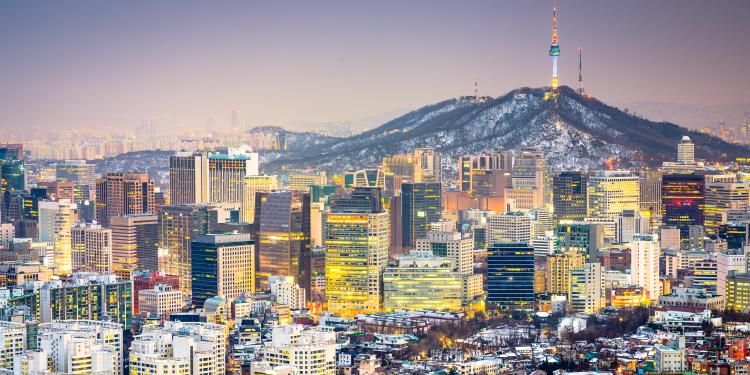 What's on my bookshelf: Bora Chung

The writer of the first Korean work of speculative fiction to make the International Booker Prize list talks us through the books that have shaped and inspired her.

From a masterpiece by a Nobel laureate to a novel that charts a Parisian plague, here’s what’s on Bora Chung’s bookshelf.

Publication date and time: Published May 1, 2022

Bora Chung’s genre-spanning work defies labels. Her short story collection, Cursed Bunny, which is shortlisted for the 2022 International Booker Prize, uses the surreal to address the very real horrors and cruelties of patriarchy and capitalism in modern society. Though sometimes terrifying, it is imbued with a playful glint of Bora’s trademark humour, too.

Born in Seoul in 1976, Chung’s upbringing may give us clues to where her imagination comes from. Her parents’ profession meant the writer grew up, unusually, in a dental surgery. During her childhood, she had a model of a human skull in her living room and thought “everybody had one of those at home”. Her earliest reading memory was far removed from most children’s experiences of cosy bedtime stories and fairy tales. When asked, she fondly remembers “an image of the human mouth hanging on the wall”. It taught her to read “the five basic tastes that the human tongue can discern”, she adds.

These unusual inspirations have shaped Chung into a master of the fantastical. So, to celebrate her place on the list, we asked the author to reveal some of the books that have made an impact on her. Here’s what’s on her bookshelf.

The book is a mystery thriller about the eponymous heroine, Smilla, and her quest to find the truth behind a child’s seemingly accidental death. Smilla is of mixed racial background: her mother was an indigenous person from Greenland and her father a Dane. After her mother’s death, Smilla comes to live in Denmark with her father. She lives in a government-subsidised apartment, and one of the residents is the victim, a young boy of indigenous Greenlandic descent, just like Smilla herself.

Smilla has felt isolated, discriminated against, and enraged during all her time in Denmark, but at the same time she feels that she has lost her Greenlandic identity too much that she cannot go back. She belongs nowhere, which frustrates her and further enrages her, which leads to more isolation and frustration.

Smilla is an angry woman and is not afraid to express her feelings, both verbally and physically. This was my first time encountering a heroine who freely expressed anger, cursed, fought, threw ironic insults at her opponent, and yet was described as a fully justified, natural human being. She is multi-faceted, like all real human beings are. It was a truly fascinating read.

The Foundation Pit by Andrei Platonov

This is a novella about Stalinist Collectivization during the First Five Year Plan (1928-1932). It was essentially a prelude to the Great Purge that was to come ten years later (1937-1938). During Collectivization, anyone labeled a “kulak” or a bourgeois, anti-Soviet peasant, was stripped of all their assets and sent to Siberia or sometimes to their death. All arable land, livestock and farm implements were taken by the Soviet government. It was actually an extremely violent event.

The protagonists of the story are construction workers who dream of building the “All-Proletarian House,” a utopian project for everybody in the present and the future. Nastia, a little orphaned girl the workers found near the construction site, is the symbol of a bright Socialist future. But in the course of the story, the workers are swept into the Collectivization process in the neighboring village. They gradually forget about their All-Proletarian House and about Nastia. The story has a very sad ending and an eerily accurate prediction of what the Soviet Union was to become under Stalin’s rule. Platonov’s description of loss and grief is profound, poetic, very human rather than political.

I Burn Paris by Bruno Jasienski

In this novel, a fictitious plague breaks out in the heart of Paris. The city is quarantined and its residents re-group by their ethnicities to form “mini-republics” in various districts to fight for their own survival. Essentially Paris becomes a miniature of the world. And protagonists die one by one, either because of the plague or because of fear, despair and the realisation that their life had no meaning.

There is a very brief epilogue where the author reveals a utopian agricultural commune has sprung up on the ruins of Paris after the plague. But what I found the most powerful was Jasienski’s critique of the meaninglessness of life under capitalism. Jasienski, like many of his peers, understood the existential question of meaning of life or the lack thereof as a matter of communism or capitalism: that capitalism sucks the life out of you, but life will find its meaning and purpose under communism. The dichotomy seems simplistic but Jasienski’s fierce belief in it makes the story extremely compelling, even when the reader doesn’t believe in communism. The protagonists’ pain, anger, grief, loss, hope and despair, and the struggle to survive are all very real.

In this science-fiction novel, researchers find a planet that is very similar to Earth but seems to have a better natural environment for humans. Studying from afar, researchers name the planet Eden. But when astronauts from Earth actually arrive at the planet, they quickly find out that the planet is already inhabited by intelligent beings, and there is something very sinister going on in their society.

From here the story could have developed into your garden-variety space adventure, but Lem is not that kind of author. Astronauts from Earth try their best to communicate with the inhabitants of Eden and even try to rescue them. The inhabitants are oppressed under a tyrannical leader who conducted a biological experiment on his people. Eden, it turns out, is hell. It could be read as an allegory of Communist Poland. But I found the ending deeply moving, when the inhabitants of Eden show true courage and love for their home and the astronauts show true respect. Sometimes the best thing that outsiders can do for seemingly oppressed people is to quietly bid farewell and leave them alone.

In the UK in the near future, strange objects begin to appear. Scholars find out that these objects are from the outer space: they are proof that extraterrestrial beings visited Earth at some point. But that is all they have figured out. Some objects turn out to be helpful or useful to human beings; other objects are just mysterious and useless. Still other objects are deadly. Nobody knows how to tell which one’s which, but everybody covets these alien objects. The government cordons off the are where these objects are found, but there are people called “stalkers” who sneak into these prohibited “zones” to retrieve the objects.

The Tarkovsky movie made the story about salvation but the real argument the novel makes is that human beings are nothing in the grand scheme of the universe. We are just a speck in the vast darkness. We know nothing outside our little planet. And yet we arrogantly believe ourselves to be the lord of all creatures.

Cinnamon Shops and Other Stories by Bruno Schulz

Schulz was a very talented painter before he became a writer. So, he paints various realistic and fantastic scenes with words in his stories. The collection is actually two books in the Polish original: Cinnamon Shops and Sanatorium Under the Sign of the Hourglass. In the first book, Cinnamon Shops, Schulz focuses on re-creating scenes from his childhood; in the second book, the narrator tries to keep his dead father alive at an imaginary sanatorium.

I was struck when I first read these two books because they were so beautiful, dreamlike, bizarre, illogical, incomprehensible and fascinating, all at the same time. After re-reading several times and ultimately translating these two books I finally realised that plot and logic may not always play a significant role in a story. Schulz was a genius and a visionary who could actually see the unseeable. His images in words are more colorful and vibrant than any painting that you can see with your eyes.

House of Day, House of Night by Olga Tokarczuk

One of the masterpieces of a Nobel laureate and an International Booker Prize winner probably does not need much explanation. And I don’t think one can adequately summarize this novel either. This is a story about a small town in Silesia where it used to be a part of Germany and the former Czechoslovakia. Tokarczuk tells the realistic and extremely unrealistic stories of this town as though describing each tile in a vast and elaborate and fascinating mosaic that is the history of Poland and of humankind itself. Aristotle said history is something that has actually happened and literature is some that could possibly happen (or something to that effect). House of Day, House of Night showed me that history, myth, legends and “what could possibly happen” are, after all, just stories in the mind of the human being that lives in them.

I read this book as a part of my graduate coursework and was absolutely amazed that such a manner of storytelling was even possible. I thought, perhaps for the first time in my life, ‘Wow, I’d like to be able to write like her one day’ and ‘I will never in a million years be able to write like her’ at the same time. Polish literature tends to reflect on the nation’s tumultuous history and Tokarczuk elevates the reflection to the level of beautifully intricate mythology.

Shortlisted for the 2022 International Booker Prize. Bora Chung presents a genre-defying collection of short stories, which blur the lines between magical realism, horror and science fiction. Translated by Anton Hur.

What's on my bookshelf: Anton Hur

Discover the shortlist: Anton Hur, ‘My most marketable skillset is translation'

Discover the shortlist: Bora Chung, ‘This is the nicest dream I ever had'