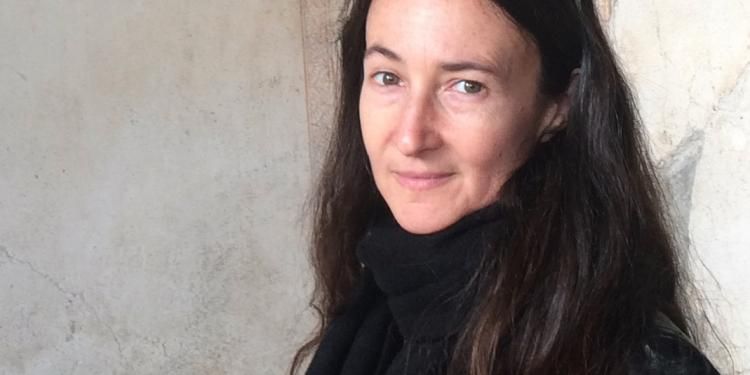 Selby Wynn Schwartz interview: 'What if the centre of history were occupied by what women thought about?'

With After Sappho longlisted for the Booker Prize 2022, Selby Wynn Schwartz talks about the influence of Virginia Woolf, writing in the first-person plural and reading ravenously

Read an extract from After Sappho here.

How does it feel to be longlisted for the Booker Prize 2022, and what would winning mean to you, given this is your debut novel?

It’s only possible for me to think of this honour as recognising a collective effort: credit should go to my wonderful editors at Galley Beggar Press, to booksellers who felt this book was worth recommending, and to readers who found it meaningful in their own ways. And I am always glad when more light falls on feminist lives and artworks.

Told in a series of ‘cascading vignettes’ while intertwining histories, the narrative structure of After Sappho is unconventional. What led you to adopt this style, and how did the writing process compare to your other work?

I read Anne Carson’s Short Talks some years ago, and I longed to be able to write in that taut, oblique form, with its glancing illuminations. Sadly, I’m not Anne Carson; I’m not even a poet. So in my failure to be Anne Carson, I made this fragmentary form, wreathing together lives that touched each other in some way.

The first time I experimented with this interweaving of vignettes was in a novella, A Life in Chameleons (forthcoming from Reflex Press), where I was trying to echo a cinematic form of glimpsing a life scene by scene. I thought of that book as a life told in film frames, with many cross-cuts. After Sappho gave me more lives, and more complex ways of inter-braiding them – and the pleasure of reading more work by women.

After Sappho looks at women from history, but it is very much written for the here and now - a time when women are still struggling to control their own narratives and even bodies while wrestling with the patriarchy. Were any particular real-world events of today a driver in your reappraisal of historical figures?

I was already furious that 100 years ago there were debates about whether women, queer people, trans people, and racially marginalised people were full, real, and equal human beings, just as capable of self-determination and complex subjectivity as anyone else. The fact that we are still forced to encounter this as if it were an open question is both enraging and terrifying.

I did not foresee the loss of reproductive rights in my country in my lifetime, but I did live through the Berlusconi and Trump eras, from which I learned that some figures of the neo-fascist heteropatriarchy are such self-caricatures that they almost do the work of satire themselves. I suppose that we could be grateful for this? But in truth I am grateful to intersectional anti-racist feminists all over the world who are fighting for everyone’s right to become, to thrive and to flourish.


Many of the women in After Sappho are unsung and some could be described as having been forgotten by history. What drew you to these women, and the others you have written about?

There is wonderful scholarship on some of the women who are not as widely known as Sarah Bernhardt or Virginia Woolf, and that was inspiring to me; for example, T. Denean Sharpley-Whiting’s Bricktop’s Paris: African American Women in Paris Between the Two World Wars not only tells the life of Ada ‘Bricktop’ Smith, but also recounts the experiences of more than two dozen other Black American women making their way in Paris. Other books haven’t been translated (such as Alessandra Cenni’s study of Lina Poletti and the memoirs of Berthe Cleyrergue), and I realised that I could bring slivers of these fascinating accounts to an English-reading audience.

Tell us more about your relationship with Virginia Woolf, one of the more focal characters in your book. What does she mean to you and how has she influenced your writing?

I have been reading Virginia Woolf’s novels, stories, and essays since I was young, but until this project I had never read her earliest journals (collected in A Passionate Apprentice). To witness her at the very beginning of becoming the writer who would create To the Lighthouse and Mrs Dalloway is to see her experimenting, sketching, practicing, amusing herself.

From those journals I learned that she had been looking at the way a narrative moment hangs in the air - like a yellow underwing night-moth, like skywriting, like several thoughts alighting together - since she was 14.

After Sappho deliberately excludes men. In your end notes, you say, ‘men like Gabriele d’Annunzio - who swaggers prepotently through every account ever written of Eleonora Duse and Romaine Brooks - do not merit here even a footnote about who they married or how they died. It has been surprisingly easy to leave these sorts of men out: a simple swift cut, and history is sutured without them’. Could you tell us more about why you chose to edit men out of the women’s narratives?

When a certain type of personage has been taking up all of the space at the centre of history, it can be liberating to counter-imagine them out of it - even just for a moment, even just for the length of a book. Gabriele d’Annunzio was consummately that kind of man, a self-lionising proto-Fascist who paraded himself into every spotlight he could find.

Because women in European histories are often reduced to a half-line about whose mistresses or wives or servants they were, I wanted to experiment with inversion: what if men like d’Annunzio were not really worth mentioning? What if the centre of history were occupied by what women thought about and how they related to each other?

For the record, there are a few complicated men in After Sappho - Henrik Ibsen, Oscar Wilde - and also one truly generous feminist librarian named Santi Muratori, the man who agreed to marry Lina Poletti to make things easier for her. He loaned Lina any book she wanted, appreciated her as she was, and asked himself what men in Italy could do to support women’s rights. Lina wrote him many affectionate letters, and I thought that he merited a vignette in this book.


The narrative voice in After Sappho is often the first-person plural. What was your thinking behind that - who are ‘we’?

What an excellent question to be asking ourselves: who are ‘we’ when we come together, each from our own particular life, to be in community? What is a solidarity that is not simply determined by sameness? Judith Butler, taking up Hannah Arendt’s idea of ‘acting in concert’, envisions a feminist politics based on a shared commitment to a livable life for everyone. In other words, the fact that we are different from each other - our identities, our bodies, our experiences - should not keep us from collectively advocating for justice and liberation.

In After Sappho, the ‘we’ is a kind of chorus; at first they are young, wistful, inveterate readers who dwell in uncertainty and imagination. Over time, the chorus gathers together, experiments with various models for becoming themselves, and eventually finds ways of writing a life.

I write in a many-windowed room filled with books; in some way or another I am always looking out at the world. The wind from the sea blows through the old wooden window-frames, so I have some lovely wool blankets woven by my mother and a beautiful blue ceramic mug, made by my father, for coffee in the mornings.

I’m always reading ravenously, because there are always so many marvellous books yet unread. At the moment I’m enthralled by the manuscript of Ghost in the Prison Industrial Machine by my friend Emile Deaver, which will be published next year. I’m partway through Lauren Elkin’s Flâneuse, Ali Smith’s How to Be Both, and Mariame Kaba’s We Do This ‘Til We Free Us; I’ve just started Lara Pawson’s This is the Place to Be and Yara Rodrigues Fowler’s Stubborn Archivist. Next on my list are Kathryn Davis’s Aurelia, Aurélia, Sam Selvon’s The Lonely Londoners, and Elif Batuman’s Either/Or. And I don’t know if I can wait until next spring for Sara Ahmed’s The Feminist Killjoy Handbook to be published!

Do you have a favourite Booker-winning or Booker-shortlisted novel?

I was mesmerised by the immersive, richly inventive, rhythmic interiority of Lucy Ellmann’s Ducks, Newburyport, which I read almost without stopping and then wanted to read all over again – all glorious 1,030 pages of it.

I can’t wish to have written other people’s stories, but I can deeply appreciate reading them!

Overjoyed to say that Selby Wynn Schwartz is on the Booker Prize longlist - and with so many other brilliant authors and novels! We’re delighted that many more people will get to encounter After Sappho; and huge thanks to the judges…#bookerprize2022 https://t.co/1kR8ulDmy3

After Sappho was longlisted for the Booker Prize in 2022. A joyous reimagining of the lives of a brilliant group of feminists, sapphists, artists and writers from the past, as they battle for control over their lives, for liberation and for justice.