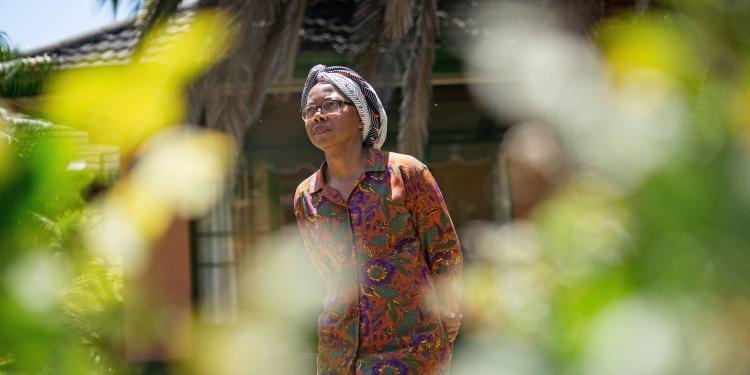 Many Zimbabweans saw Orwell’s anthropomorphic satire as a story that could have been written just for them, but in writing Glory, NoViolet Bulawayo wanted a more revolutionary ending

The year was 2018, months after the spectacular fall of President Robert G. Mugabe by coup, and most of us Zimbabweans were licking our miserable wounds. Instead of the new president’s better Zimbabwe, the so called ‘new dispensation’ that he and his government had promised upon assuming power, we were very much still in the same old wretched cooking pot, our grief compounded by how many of us had in fact been gullible enough to believe the regime would be even remotely interested in a better Zimbabwe.

I had moved home to work on a non-fiction project on the fall of Mugabe and was not particularly inspired – the attention around the story made it impossible to strike the right notes. I was following the drama on social media like most of my countryfolk and the rest of the world when I first noticed the trend of Zimbabweans referencing George Orwell’s Animal Farm in discussions of our political crisis.

The simple but potent anthropomorphic satire of a revolution that devolves into despotism may not have been written with us in mind, but it was certainly close to home – the shoe fit. On Twitter and Facebook, users would sometimes call the country an ‘animal farm’, or equate characters like old boar Major, Farmer Jones, Napoleon, and Snowball with our leaders. In Farmer Jones’ management of Manor Farm, we recognized the tyranny of our colonial oppressors, saw our own revolutionary struggle in the rebellion of the animals, our independence in their triumph. We knew from ongoing experience the gradual descent into authoritarianism, imagined our predicament in the broken, cowered animals crippled by fear.

We had appropriated the book so it could very well have been a Zimbabwean novel, not far removed from how, as Edwidge Danticat writes in Create Dangerously, Greek tragedies became Haitian during the dictatorship of Francois Duvalier. That is the beauty of fiction – sometimes it travels across time and all kinds of borders to claim you.

I met a fellow Zimbabwean, who said to me: Please write about this situation so we can see ourselves out of it

But we hadn’t always been these kinds of readers; those of us who’d encountered the book in our much younger years (the text had once upon a time been a national staple for high schoolers) read it then with a kind of distance. The Coca-Cola bottle that was our country had yet to smash, and our intimate relationship with the novel was still to come. It was the present writer-reader in me who saw herself from a deeper point of identification with Animal Farm in 2018, and needed something different from the novel’s dystopian conclusion. In my imagination it had to be, it could be, a revolutionary ending: for myself, and for the kinds of readers who read because they come from places like Jidada with a –da and another –da and desperately need to see what true freedom could look like.

Sometime during the closing days of 2018, while visiting the country of Botswana (not for tourism but to shop for groceries, as many Zimbabweans will do, because it makes economic sense) I met a fellow Zimbabwean, a sister who said to me something like: ‘Please write about this situation so maybe we can see ourselves out of it.’ I’d never had that kind of powerful request from a reader before, and I have a feeling it will haunt me. There are times I’m asked the question: ‘Do you write with a reader in mind?’ and I’ve often answered, ‘No.’

I’m proud to say that I wrote Glory with that sister, and readers like her, in mind; they were my constant reminder that books matter, that art can be resistance, that we are living in times that call for revolutionary imaginations.

If Animal Farm gave me the framing for Glory, it also sent me foraging my childhood. I was raised on my grandmother’s magical tales of enchanting animals whose universe blurred and rendered unimportant the border between human and other creatures, where anything and everything was possible for the characters – trees ran, talking animals made fires and cooked each other to escape horrible winters, tortoises flew, lions shapeshifted by night in order to seduce beautiful women, rocks spoke and opened up into alternate worlds. As a child I knew that many of these details were works of imagination and thus fictions, but I never for once doubted the profound truths of the lessons on humanity they delivered, lessons that helped shape how I saw and understood the world.

It was inevitable that I’d outgrow folktales and replace them with books, but as in the original stories, fiction continued to speak truth. I wrote Glory to be this kind of tale, but also a tale of the present and the future, a tale specific and yet universally relatable in the way that folklore has always been, a tale to remind us that a long, long time ago, before there were books, there were stories.

Read the opening words from Glory, an energetic and exhilarating joyride from NoViolet Bulawayo. The story of an uprising, told by a vivid chorus of animal voices that help us see our human world more clearly.

With her second novel shortisted for the Booker Prize 2022, we spoke to NoViolet Bulawayo about the influence of her grandmother’s storytelling, Orwell comparisons… and her love of Post-it notes