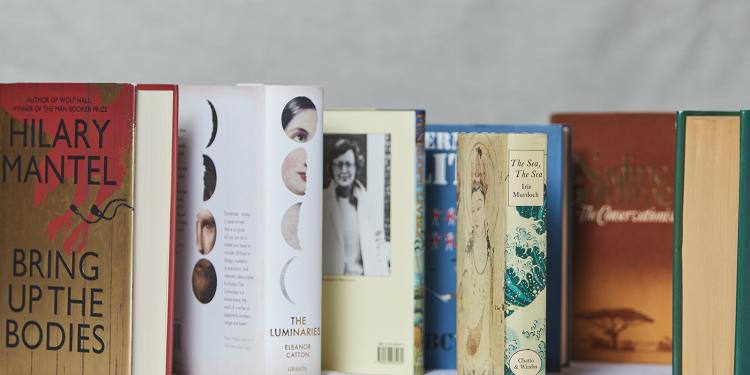 The Booker Prize – awarded annually in the autumn – is the leading literary award in the English-speaking world. It was first awarded in 1969 and has brought recognition, reward and readership to outstanding fiction for over five decades

It was called the Man Booker Prize for Fiction when sponsored by Man Group from 2002-2018. Each year, the prize is awarded to what is, in the opinion of the judges, the best work of long-form fiction written in English and published in the UK and Ireland, irrespective of the nationality or citizenship of the author. The winner receives £50,000 as well as the £2,500 awarded to each of the six shortlisted authors. Both the winner and the shortlisted authors are guaranteed a global readership and can expect a dramatic increase in book sales.

The influence of the prize extends far beyond the initial months after a win. Girl, Woman, Other, by Bernardine Evaristo co-winner of the 2019 Booker Prize, was the 7th most popular title borrowed from UK public libraries for the 2020/21 Public Lending Right year.

The rules state that a longlist of 12 or 13 books – the ‘Booker Dozen’ – is to be selected, followed by a shortlist of six from which the winner is chosen. UK and Irish publishers may submit works of long form fiction written in the English language and published in the UK or Ireland between October 1, 2021 and September 30, 2022. The number of works a publisher can submit will depend on that publisher’s inclusion in longlists over the previous five years, as follows:

- Publishers with no longlistings – 1 submission

- Publishers with 1 or 2 longlisting(s) – 2 submissions

- Publishers with 3 or more longlistings – 3 submissions

This means that the number of submissions for each publisher may change from year to year. A new work by any author who has previously been shortlisted for the Booker Prize (pre-2002 or post-2018) or Man Booker Prize (2002-2018) is automatically eligible.

The judges also ‘call-in’ a number of works each year. In addition to their main submission(s), a publisher may provide a list of up to five titles for consideration, accompanied by a justification from the editor. The judges are required to call-in no fewer than eight and no more than 12 of these titles. The judges are also permitted to call-in other works published within the requisite dates, even if the work has not been submitted through any other route.

There are no fees for publishers to submit books to the prize, nor to be longlisted, shortlisted or win.

The rules of the prize were changed at the end of 2013 to embrace the English language ‘in all its vigour, its vitality, its versatility and its glory’, opening it up to writers beyond the UK and Commonwealth, providing they were writing novels in English and published in the UK. Novels published in Ireland have been eligible since 2018.

The International Booker Prize 2023 judging panel chaired by the prize-winning French-Moroccan novelist, Leïla Slimani. The panel also includes Uilleam Blacker, one of Britain’s leading literary translators from Ukrainian; Tan Twan Eng, the Booker-shortlisted Malaysian novelist; Parul Sehgal, staff writer and critic at the New Yorker; and Frederick Studemann, Literary Editor of the Financial Times. The 2023 judging panel will be looking for the best work of translated fiction, selected from entries published in the UK or Ireland between 1 May 2022 and 30 April 2023. The longlist will be announced on Tuesday March 14.

The Booker Prizes website, thebookerprizes.com – supported by Twitter, Facebook, Instagram and TikTok accounts, as well as a YouTube channel – is a unique online space which showcases the 600+ exceptional books that have won, or been longlisted or shortlisted for the Booker Prize and International Booker Prize. The site aims to be an entertaining and illuminating content destination that combines both practical information about the prizes past and present with fresh and original features to bring the books and their authors to life, encouraging readers new and old to visit and revisit titles in the ‘Booker Library’.

The Director of the Booker Prize Foundation is Gaby Wood. The Administrator of The International Booker Prize is Fiammetta Rocco – senior editor and culture correspondent, The Economist.

The Booker Prize Foundation is a registered charity (no 1090049) established in 2002. Its purpose is to promote the art and value of literature for the public benefit and its mission is to inspire people to read the world’s best fiction. It is driven by a simple belief – great fiction not only brings joy to millions, it has the power to change the way we think about the world we live in. It is responsible for awarding the Booker Prize for Fiction and the International Booker Prize. Other aspects of the Foundation’s work include reading initiatives in prisons, writers’ visits to universities, the distribution of books to disadvantaged readers, the funding of Braille and audio editions of Booker Prize books through the RNIB, and awarding the annual UEA Booker Prize Foundation Scholarship.

Crankstart, a charitable foundation, is the exclusive funder of the Booker Prize and the International Booker Prize.

Four Culture handles PR, comms and event management for the prizes and provides all events and administrative back-up.

Booker Group is the UK’s leading food & drink wholesaler with branches nationwide and a delivery network. It serves over 400,000 catering customers and 100,000 independent retailers.

It is awarded annually to an applicant who has already been offered a place to study for an MA in Prose Fiction, but who in many cases would not be able to afford to accept were it not for the support of the Booker Prize Foundation. The scholar is chosen each year by members of the Creative Writing department in collaboration with the Director of the Booker Prize Foundation. Many past scholars have since met with acclaim as published authors.

The scholar for 2022/23 is Zanta Nkumane (Eswatini).The past scholars are:

The Booker Prize Foundation has a longstanding partnership with RNIB (Royal National Institute of Blind People). The Foundation funds the production of The Booker Prize for Fiction shortlisted titles in braille and audio, which the RNIB produces by the date the winner is announced. It also funds the production of the winner of the International Booker Prize in these formats. The accessible versions are then made available to the tens of thousands of blind and partially sighted members of the RNIB Library. People with sight loss have a limited choice of books in accessible formats and often have to wait much longer than their sighted peers for titles to be made available to them – and there are many more books that they will never have the chance to read. The Foundation is working with RNIB to change this story. For further information contact the RNIB PR Team on 020 7391 2223 or [email protected]

The Booker Prize Foundation has partnered with the National Literary Trust since 2012 to deliver Books Unlocked. The Foundation funds the programme, which has transformed the lives of prisoners and young offenders in the UK by helping them develop a love of reading. Prisoners are able to engage with high-quality writing as copies of The Booker Prize for Fiction and International Booker Prize shortlisted titles are sent out to prison reading groups. These same titles are also serialised as audiobooks on National Prison Radio, which is broadcast into c.80,000 cells, enabling still more prisoners to experience these exceptional stories. Authors go into prisons to discuss their writing directly with reading groups and many also record interviews on National Prison Radio. The shared vision for Books Unlocked is to bring about positive change in prisoners’ life chances. Since 1993, the National Literacy Trust has led the campaign to transform the future of the UK’s most disadvantaged young people by improving their literacy levels.

The Booker Prize Archive was given on loan in 2003 to Oxford Brookes University, where it now resides.

About the Booker Prize Foundation

The recipients of the creative writing scholarship, which began in 2009, discuss how crucial the award has been in kickstarting their careers