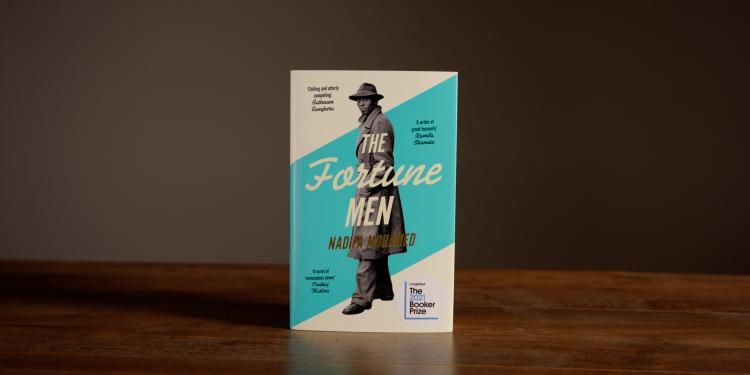 Nadifa Mohamed speaks to us about how she researched her Booker Prize-longlisted novel The Fortune Men, and how she translated truth into fiction.

How does it feel to have The Fortune Men longlisted for the Booker?

Absolutely wonderful, it has brought many more readers to a story that for too long has only been known about by a minority.

So many. For this novel it is Sam Selvon, Claude McKay, Zora Neale Hurston and other writers who lived on the fringes in many ways. McKay even worked as a stoker on ships crossing the Atlantic so had both this practical experience of working-class Black life as well as a modernist way of communicating that life.

The Hiding Place by Trezza Azzopardi was shortlisted in 2000 and is a haunting novel set in Tiger Bay in the 60s, but my absolute favourite is probably The God of Small Things by Arundhati Roy.

I’m going back to the novel that The Fortune Men interrupted; a contemporary novel set in the world of Somali women in London.

The Fortune Men is based on a true crime. How long has this story been with you, and what did it take to translate it to fiction?

I first came to read about the case in 2004 and for the next 11 years kept checking in as more information became available. It was only in 2015 that I started writing it as a novel and began conducting interviews in Cardiff, London and Hargeisa. I knew I wanted to make the line between fact and fiction imperceptible so immersed myself in the minute details of Mahmood’s life so that I could almost think his thoughts.

Mahmood Mattan’s legal case is not the only miscarriage of justice in the novel. There’s also a broader injustice in the way his marriage to Laura is viewed, and in the racism that surrounds the focal plot. How much do you think has changed today?

In your evocation, post-war Tiger Bay is fascinatingly complex and diversely populated. How did you conduct your research?

Through pounding the streets of Cardiff and knocking on doors in what used to be Tiger Bay. I was lucky that many people helped me and introduced me to locals who knew something, anything about the case. I also haunted the National Archives, The RAF Museum and Wandsworth Prison Museum. There is a lot of locally produced writing about Tiger Bay that was incredibly valuable such as the poetry collection ‘How I Saw It’ by former sailor, Harry ‘Shipmate’ Cooke.

Your British-Somali background may offer you a particular prism through which to view these characters and this story. Do you think that’s true, and if so can you describe it?

It definitely gives me a familiarity with the characters, my father knew Mahmood and was the same generation as him so I felt this love and compassion towards this quite scrappy community of Somali sailors who were short on both love and compassion.

You changed the name of the real murder victim, Lily Volpert/ Violet Volacki, but not others. Why?

I changed Lily’s name at the request of a family member, I understood the need for privacy and a certain distance from what is a fictionalised account of a traumatic history.

Eight years ago you were named as one of Granta’s Best of Young British Novelists. What difference did that make to your writing career?

It allowed me to travel extensively with the British Council from India to Peru, it introduced me to writers such as Ross Raisin and David Szalay who have become good friends and the editor of Granta at that time, John Freeman, is now the US publisher of The Fortune Men. It brought me many good things.

By
Nadifa Mohamed
Published by
Viking

Nadifa Mohamed’s gripping novel about a petty criminal in Cardiff who becomes the last man to be hanged there, wrongfully convicted of murder in 1952.