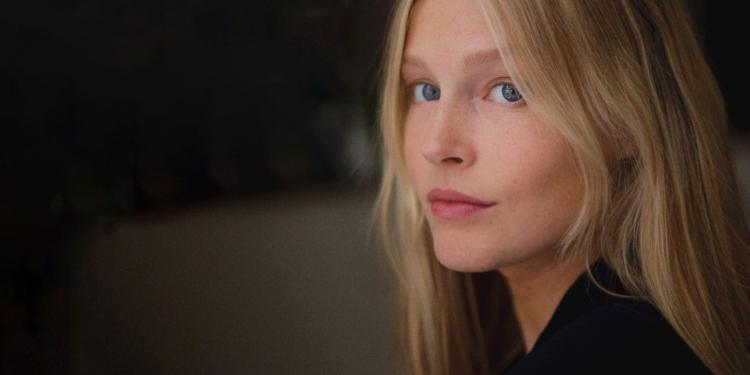 With her debut novel, Maps of Our Spectacular Bodies, longlisted for the Booker Prize 2022, we spoke to Maddie Mortimer about the playfulness of poetry, her mother’s diaries and finding inspiration in movies

Read an extract from Maps of Our Spectacular Bodies here.

How does it feel to be longlisted for the Booker Prize 2022, and what would winning mean to you, especially at such a young age?

It’s the most unexpected joy. I feel really very honoured, and it’s particularly surreal sitting there alongside authors I have read, loved and admired for a very long time. I’ve not entertained the prospect of winning. Most importantly, it’s given me a little boost of confidence to plough on with book two, and reassured me that I’m not completely mad.

It was my favourite thing to do from a very young age – though it’s impossible to say how much of that was imitation or something I would have done anyway. There were a few short stories, but I mostly embarked on grotesquely ambitious ‘novels’ that I would eventually abandon half-way through for another idea. The first one I completed was a fantasy novel called Flame that I wrote when I was nine. The spelling and grammar was terrible but the concept wasn’t bad. I still have a huge box of these creations under my bed.

We’re very different sorts of writers, my grandfather, mother and I, but I was always watching and learning. He was incredibly disciplined when it came to his work, and had a fierce intellectual curiosity. She had this remarkable emotional honesty, a natural wit, warmth, and the ability to see the good in anyone. They were also both outrageous flirts, which Is a very useful instinct, I think, when arriving at the page each day. It helps keep things alive.

Besides your own family, who were your biggest literary influences growing up, the writers you most admired, and how have they shaped your writing?

As a child, I was a ferocious reader of magical realism and fantasy, so there were the usual suspects; C.S. Lewis, Tolkien, J.K. Rowling, Cornelia Funke, David Almond… the list goes on. Those epic, immersive reading experiences have certainly informed the slightly more magical, operatic or allegorical elements of Maps. As a teenager, it was all about the modernists; reading Woolf and Joyce was a real turning point for me, but poetry has always been my greatest love.

I poured over Elliot and Dickinson, Plath and Hughes, Pound and O’Hara, Louise Gluck and Anne Carson. It’s that play instinct the poets understand so well, and it’s what I’m most interested in; trying to find a way of telling a good, meaty story, whilst also having enormous fun with language. The two need not be mutually exclusive. It’s like Gertrude Stein said, ‘why should a sequence of words be anything but a pleasure?’

The narrative in Maps… is experimental. Was its unconventional approach a conscious decision at the outset and was the book planned out meticulously? To what extent did it emerge organically?

In the early stages of the process I found it was less a case of deciding and more one of listening. Removing delusions of choice was the only way I could get the thing going. I let the book, the characters and the form gradually reveal itself, for a while, before the wrestling began. I was surprised how ‘plotty’ it turned out to be, by how much rigorous structural planning was actually required. But it suited me well – moving between the various timelines, perspectives, and registers. It meant I was never bored. I think it was the only way I knew how to write.

How long did it take to write Maps…, and what does your writing process look like? Were there multiple drafts, sudden bursts of activity, long pauses? Was there a significant amount of research and plotting before you began writing?

It took me about two years, but I was relatively consistent with it, working on it most days, sometimes for a couple of hours, or for longer bursts when I could. The research I did was quite extensive. I’d sit on my bedroom floor with huge anatomy books open all around me, plotting pathways through systems, drawing literal diagrams and covering my bedroom walls with them. I was never very good at the sciences, but I needed to know exactly where I was in the body at any given time, to make sure the functioning of a particular organ was informing the metaphors or the language I was using. There were many drafts, but I do edit as I go along.

Maps… has been called ‘genre-defying’ with some readers even classifying elements of it as horror, as cancer slowly attacks Lia’s body. Do you agree with this classification and what made you decide to make parts of the book so visceral?

I welcome the horror-genre connections that have been made. For a book so preoccupied with the inner workings of the body and how our biology can turn on itself, there was going to be a bit of ‘gore’. But my imagination has always felt like a very visceral place. It’s something that Lia also shares, and is grappling with throughout the novel; the horrors our minds can conjure, the monsters we make for ourselves, how to live with them and redefine them. I’ve always wanted to believe that shifting one’s perception of a thing literally transforms the thing itself. I think the book is testing this notion constantly in various ways – trying to see how true it is.

The book is laced with playful pop-culture references: Jaws, Sex and the City, Abba, James Bond and E.T. (amongst others), all make guest appearances. Did any of those play an important role in your formative years, and are films, TV and music still a big part of your life?

Absolutely. All of them. I consume as much as I possibly can and have very broad, eclectic tastes. I often write to film scores, I run regularly to ABBA. I am inspired by movies just as much as I am literature – I grew up loving Hitchcock, Kubrick, Spielberg and Bergman (they all feature in the Maps at some point). I even found Christopher Nolan’s Interstellar to be immensely helpful when structuring the second half of the book.

I’ve always been interested in what we perceive in today’s culture to be ‘high-’ or ‘low-brow’, in rethinking these unhelpful categories and drawing surprising connections between seemingly opposed or unrelated things. It comes from a love of surrealism, and collage. It pleases me that Charlotte York and Simone Weil, for example, have ended up in the same book, though I’m not sure they’d have much to say to one another around a dinner table.

You wrote the final pages of Maps… after returning to your family home during lockdown. Did this homecoming have an effect on the book and the way it finally came together?

I think it probably did. It was a very strange and difficult time for everyone, but the limitations were helpful for someone trying to complete a novel without any distractions. When I finished the first draft I went to read the final 20 pages or so to my dad and my sister. We all cried; it felt like we’d arrived there together. Barely a comma has changed on those pages since. I’m sure I’ll never have a writing experience like it.

It’s known that Maps… is inspired by your mother’s own experience of cancer. To what extent was writing the book a way of processing that difficult period?

Parts of the book certainly ended up being just that. But I also wanted to find a space to write about a mother-daughter relationship similar to ours, to preserve some of the magic I felt she passed on, to write of that closeness, and that love.

How much of your mother’s extensive writing about cancer (she wrote a Times column about it) did you read, and in what ways did those columns influence Maps…?

I didn’t actually read her columns when writing the book. I did occasionally dip into her diaries, which I had consumed soon after she died, and still return to today. I was cautious, though, to see them as ‘research’ in any way; I wasn’t telling her story. What did end up inspiring the central conceit of the whole novel, though, was this idea that she’d return to - that she’d brought the illness on herself, that the body harbours repressed emotional trauma physically. The way she attempted to make sense of what was killing her was a real jumping-off point. But I needed to untether myself from her experience to some extent, in order to be free to serve the fictional characters as best I could.

At the moment, I’m writing between The London Library and my flat, but I’m an incredibly messy person, so it’s mostly the library these days. My desk at home seems to have vanished under a mountain of things.

I wouldn’t do that to any of my favourite novels, so I’ll say book two. It would be great to know that was done, and it was book three that stretched before me instead.

By
Maddie Mortimer
Published by
Picador

Longlisted for the Booker Prize in 2022. Under attack from within, Lia tries to keep the landscapes of her past, her present and her body separate. But time and bodies are porous, and unpredictable.