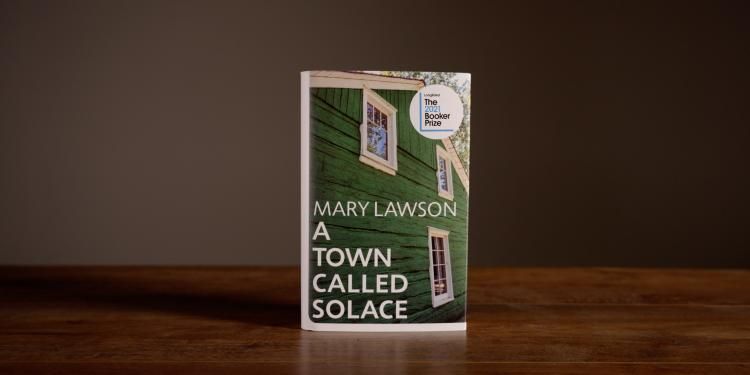 'I proceed by trial and error, which is grossly inefficient'

Mary Lawson sits down to talk to us about the setting of her Booker Prize-longlisted novel A Town Called Solace and her writing process.

How does it feel to have A Town Called Solace longlisted for the Booker?

It feels amazing. We’d all like our work to be taken seriously, and you don’t get more serious than the Booker!

Anne Tyler was – and is – a huge influence. Her books are so simply written and her characters are wonderful. Alice Munro is another major source of inspiration. But it was the short story For Esme – With Love and Squalor by J.D.Salinger that started me writing. When I read it, I thought I have to try to do that!

Wolf Hall by Hilary Mantel. The trilogy is magnificent.

I don’t know, and it’s very unsettling. I still haven’t come up with an idea. Ideas have always been my biggest problem.

There is a lake in Ontario called Solace but the titular town is imagined. One of your characters says it’s ‘like being on a desert island or somewhere out in space’. Can you tell us about the setting?

I grew up in a small, isolated farming community in Ontario, and we spent our summers in an even more remote area further north. Looking back now I can see that the landscape and a sense of isolation that I took for granted as a child are important themes in all of my books. The feeling of being cut-off from the rest of the world, particularly in the winter, forces the characters into a closer proximity with each other, as it does in real life. It helps create tension, and forces interactions between characters that they’d be able to avoid in a city.

The story takes place in 1972 – the Munich Olympics and Watergate rumble in the background; some of the memories are from the Second World War (adding orange colouring to the margarine, for instance). What drew you to this period?

I came to the UK in 1968 and although I go back to Canada regularly, I wouldn’t feel confident writing about life there much beyond the early 70s, so that restricts the time frame in all of my books. In A Town Called Solace I wanted one of the characters, Elizabeth Orchard, to be elderly, so I decided she was born in 1900, which meant she’d be nearing forty at the beginning of World War Two. She knew another of the characters – Liam Kane – when he was four years old and we meet him again thirty-odd years later, which would make it 1972. So it wasn’t that I was particularly drawn to that period, it was that the characters came first, and everything else, including the dates, had to fit around them.

A Town Called Solace is built like a puzzle. Tell us about your writing process: did the pieces fall naturally into place?

If only! I’ve never managed to work out how to structure a novel and I really wish I could. I proceed by trial and error, which is grossly inefficient – it takes me six years to write a book. All of my novels are character-driven, the plot evolving as the characters interact. A Town Called Solace began in my mind with a little girl standing at the window, watching a man carrying four big boxes, one after another, into the living room of the house next door. I didn’t know what was in the boxes or who the man was or why he was there, all I knew was that the little girl was instantly suspicious of him. Why? What were her circumstances? What were his? The story grew out of that scene.

How would Elizabeth Orchard’s depression and consequent actions be viewed today?

There is much more recognition now of the devastating consequences of miscarriage; back then it fell into the category of ‘women’s things’ and wouldn’t have been spoken of. In addition, Elizabeth’s later miscarriages occurred during the war, when she would have felt her tragedy was relatively insignificant. She might well not have realised she was depressed – that also wasn’t spoken of. Nowadays there would be more understanding and sympathy, and she would be far more likely to seek help.

When it comes to the consequences of her actions, I hope more allowance would be made for the mitigating circumstances but I’m not sure it would. As for the press coverage, my guess is that it would be just as bad now if not worse.

To the reader, your training as a psychologist seems to have informed your fiction. Is that true, and if so, in what ways?

I only studied psychology as an undergraduate, but in England (though not in Canada) in the sixties that was enough to get you a job in the field. I worked in research, so there is no direct link between my two careers, but I think they share an approach, and they have a common interest in why people behave as they do.

We gather that you started writing fiction in your fifties. Can you describe what led you to write, and the benefits – if you sense any – of beginning later?

In fact I began writing in my thirties, when my kids started school. I wrote short stories on and off for years. What I wanted to do was write a novel, but I didn’t know how to go about it and I didn’t know what I wanted to say. That continued to be the case up until I wrote a story set in Northern Ontario, the landscape of my childhood. I loved every minute of writing it and although it was fiction, I identified with it far more strongly than with anything I’d written previously. A magazine editor who had published a number of my stories said, ‘You’ve got the basis of a novel here. Set it in Canada, you write best about your home.

It took me more than five years to turn it into a novel. I was fifty by the time it was completed. Then came four years of rejection slips followed by a bidding war, so by the time it hit the shelves in 2002 I was fifty-five.

It was a very long wait, but I think you appreciate success more if it is a long time coming. You know you can’t take it for granted and you know how fickle it is. The years of frustration and rejection slips taught me that the only sensible reason to write is because you love writing; the rest of it is out of your control.

You were longlisted for the Booker once before, with The Other Side of the Bridge. How do these two experiences compare?

mI was absolutely stunned by the first longlisting – delighted, but stunned; I had never even dreamed of such a thing. This time it is a pure delight, partly because it suggests that the first time wasn’t a fluke!

Mary Lawson explores the relationships of three people brought together by fate and the mistakes of the past in this gripping, darkly domestic tale.